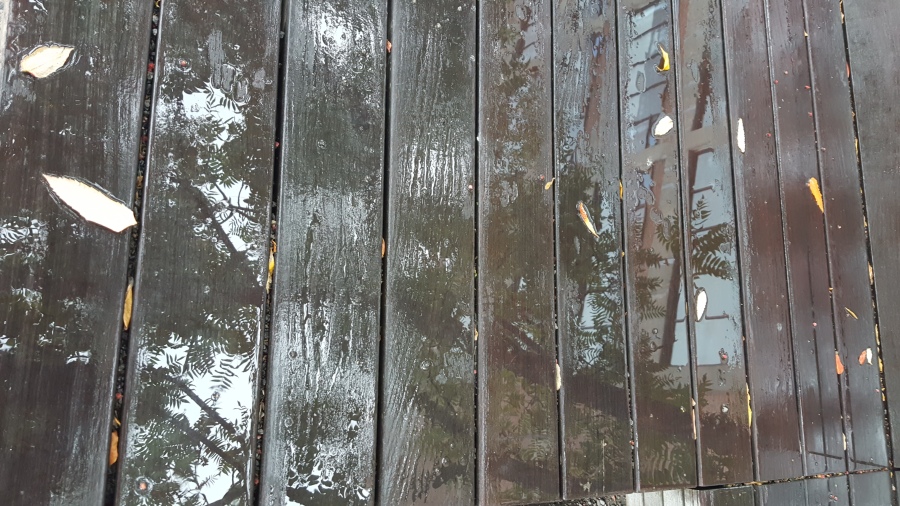 There is a park near my office, which I used to walk through on my way to another office in a different life. The park is not very large – no more than a small city block – and my path stretched from the northeast corner to the southwest corner. It took me past a circular area, ringed with knee-high walls. In winter, it is empty and becomes home for the park’s Christmas tree. Before the tree goes up and after it comes down, toddlers play in it, riding their scooters around and around, sometimes chased by small dogs.

In the spring, it is filled with water and then it becomes a reflecting pool through the summer and fall. It captures the sky, the buildings around, the clouds, the trees overhead, patterns of leaves. I’d catch a glimpse of it as I hurried past, late to get to the office.

But even that one glimpse touched my heart. Amidst the laughter and happy screaming of the children at the playground to one side, and the barking and playful growling of dogs in the small dog park to the other side; surrounded by traffic noise, the sighing of the huge commuter buses, the scurrying commuters late, like me, this pool formed a point of stillness.

Most days, even if the reflections were in motion – the waving of trees, the falling of leaves, the scudding of clouds, the pool remained still beneath it all. And, glancing into it, my heart, too, became still.

And, as that old job became more and more chaotic – people vanishing, other people appearing, plans changing and changing again and again – I craved that stillness.

And began to see it in more places. In larger bodies of water, yes; but also in puddles. The greasy puddles often littered with casually tossed garbage, became mirrors of stillness that calmed my heart.

I am working with a new meditation that is teaching me to find this stillness in my own mind. The thoughts, feelings, outer distractions will always be there, on the surface, like clouds or pollen on the surface of my reflecting pool, but beneath these distractions, the water lies calm.