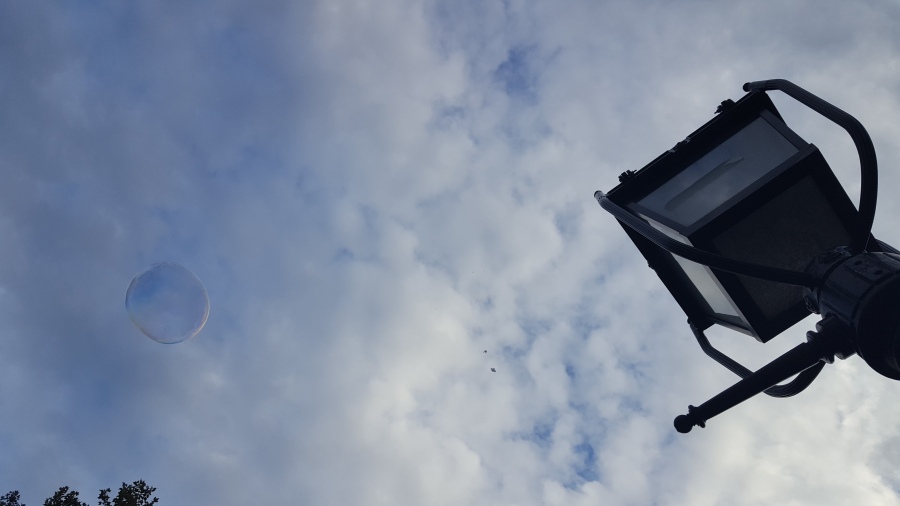 Many years ago, before social media became as all-pervasive as it is now, I caught a glimpse of the future.

We had just rolled out a work assignment/communications system at work. Similar to JIRA, it was a way for us to distribute details about assignments to 900+ stores located around the country. When a bookseller in each store completed their assignment, they marked their copy of the assignment Done, allowing us to track trends of compliance at a company level or by geographic area. The whole thing was part of a larger capacity-planning system, designed to ensure the priority on customer service, and ensure that assignments didn’t overwhelm payroll.

Oh, and the managers could click a button next to the assignment to leave details for the assignee (“put this on the table by the door to the mall”) or where assignees could ask questions of their manager (“I can’t find the sign for this – where is it?”).

And anyone in the store could click that button to ask a question of the corporate employee who had created the assignment in the system.

Most of the time, the comments were innocuous: “These books haven’t arrived yet and this assignment is due today, what should I do?”

Sometimes they reflected the retail pathos: “Didn’t have time.”

Every now and then, they erupted in flames.

That’s when the owner of the assignment called me. Often these were hardworking people, doing their best in a system they had grown weary of feeling cynical about; they were paddling as hard as they could, upstream against a current that was threatening to take down a ship that had lost momentum. They had no choice in the matter any more than the rest of us did.

They were anonymous names to the employees in the stores, just as so many posters on social media sites are anonymous, and they became targets, just as posters become targets. This is nothing new – books written in the late 19th century and early 20th century reference flame wars taking place in the opinion pages of national newspapers, with the same vituperation, the same exploitation for revenue’s sake, the same avid readers gleefully chuckling at the rapier wit exercised on someone else.

Sometimes the assignment’s owner and I chatted about how they might respond, the right note to hit to remind the flamer that the person on the other end was a human being and a professional colleague. Sometimes they asked me to step in. If I had a connection with the store manager – and even with more than 900 stores, I had nurtured personal connections with many of them – I called them personally; otherwise, I called their district manager.

My goal was not to get someone punished or fired. My goal was to let them know that someone that worked for them felt unhappy enough to displace their anger onto another person. I often started by saying, “This person clearly cares a lot and doesn’t know how to take positive action in a situation that feels out of their control.” We’d talk about how, when you don’t have regular personal contact with someone, they get perceived as a non-person. The bottom line – which the person I was speaking to often said before I had to – was the same, “We don’t treat each other this way here.”

I don’t want to create the impression that this system was a raging wildfire. I only remember having to do this, maybe, 20 times in almost 15 years of using the system. Which is why it sticks out so much to me.

And, during that time, the world around us changed. Social media became ubiquitous. Tearing into people you don’t know, treating them as if they are not human beings, became something that was socially acceptable, politically acceptable.

Our national sense of “we don’t treat each other this way here” has gotten lost, has become less important than being right, than trying to offload our sense of injustice, of powerlessness, of weakness onto others.

I remember thinking about this at the time, a little worried about what this signal predicted.

I never thought it would end up where it has.

The solution, while simple, won’t be easy.

We just need to take a stand. To turn off Hollywood trials. To privately ask colleagues who copy-all on complaints about peers if they’d like some feedback. To ask the kids in our lives what’s going on with them.

To gently say, “We don’t treat each other that way here.”

2 thoughts on “When I Saw the Future”