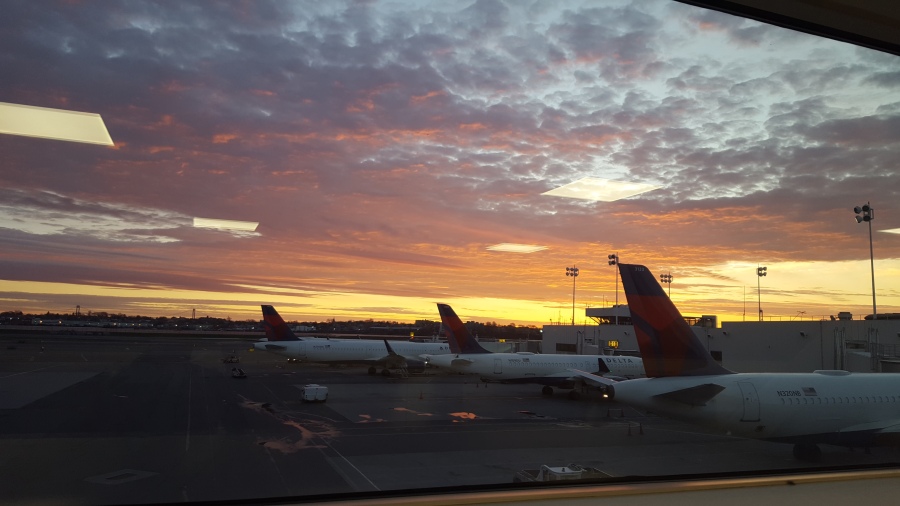 Several years ago, I worked with a woman who was very annoying. She micromanaged everything. She insisted on seeing every memo that I sent out that might possibly be implied to reference her department. I made the mistake of sending them to her and then she edited them by printing them and writing changes until she filled every millimeter of white space on the page: every margin, between the paragraphs, even between lines, and then on the back. In the end, her changes didn’t make things better, they just made them different. (And, my audience frequently told me, worse.) That is just one example of her adherence to “perfectionism” as she saw it. She did the same in almost every other aspect of her work. Her narcissistic need to be the final arbiter of every decision in her department and in other departments that might touch her department slowed down the work until nothing got done.

For a long time, I have struggled with the memory of her. One of the things I struggle with the most is a memory that it keeps bringing up about myself.

When I was a young manager, I was working with a man in another department on a project. He was setting up voice mailboxes for the company, one per store, and I was advising him on the company organization, so he could group mailboxes in areas together, allowing us to send targeted messages to all the boxes in a certain group. In this, we were assisted by a junior member of his department. I kept talking to him and he kept assigning her to do the work, and she kept not doing the work the way that I thought it should be done. He would tell me to check it again, and then I would email him and tell him what was wrong and how frustrating it was that she couldn’t get it right. As my frustration grew, I became more direct in my feedback about her performance, and eventually, my criticism became personal – from “she’s not doing this right” to “she’s incapable of doing this right” and then “why is she deliberately torturing me like this?” In the midst of this, he took some time off and, unbeknownst to me, gave her his password so she could check his email in his absence. And I kept emailing him about her. When he returned and told me she had read my emails about her, I was mortified. It was then that I realized that how mean my emails had become.

All because of some voicemail boxes? Please! It’s not like we were saving lives or even – it was retail – driving sales with these mailboxes. It had just become all-consuming to me to have it done right, to be right, to have things perfect. As if my entire career rested on having this the way that I wanted it.

There’s a popular saying now, that may have originated in the start-up industry: “Done is better than perfect.”

Perfect gives 200% effort to every activity, including submitting expense reports and setting up voice mailboxes, even if it kills you or tortures others. Perfect works through lunch every day and late into the night. Perfect falls in love with its own ideas, certain that they are the solution that will save the world. Perfect is never finished, always finding one last thing to criticize, even at the 11th hour when the final should be in the can.

It is really, really hard for people to let go of perfect. Often it has to do with something other than the product itself.

Fear: If even one little thing is wrong, people will know I’m a fake and my job – my life – will be in jeopardy.

Anger: You want to see how well I can do this? I’ll show you!

Control: I may not be able to control anything else in my life but, by golly, this is going to be what I tell it to.

It rarely – and I say this from experience – has to do with joy, with pride, with satisfaction. Because perfect is an unattainable standard. There will always be more to do to reach perfection.

So how to deal with perfectionism?

Another thing I tried for myself was setting some boundaries around my perfectionistic tendencies: I was allowed to channel some of my perfectionism into how my team treated people – demanding the highest standards in customer service for our business partners and the people we served – and I delegated copyediting – something that had exercised my perfectionism for many years – to specific people on the team who were good at it. When I reviewed a draft of a memo, I’d check the content myself and, if I noticed typos, direct the writer to the copyeditor, rather than highlighting the problems myself.

I also built a mental checklist for myself. Before criticizing mistakes, I asked myself, How important is this in the end? Will this really draw the negative attention that I am thinking that it will? Is this something we can iterate on, and improve over time?

And I stopped praising people for “perfection,” or for staying late, and started praising them for getting things done.

It wasn’t easy. It took a long time and a lot of patience – with myself and with others. I think I’ve come a long way.

Now I find myself challenged with teaching others to do the same, people who still define success as “perfect” and are afraid to let go of that. I have a lot of compassion for these people. For the scary feelings that prevent them from letting go. For their blindness to how it’s impacting them. For the anger they feel at being told that they need to speed up and that they can’t ask for an infinite number of revisions.