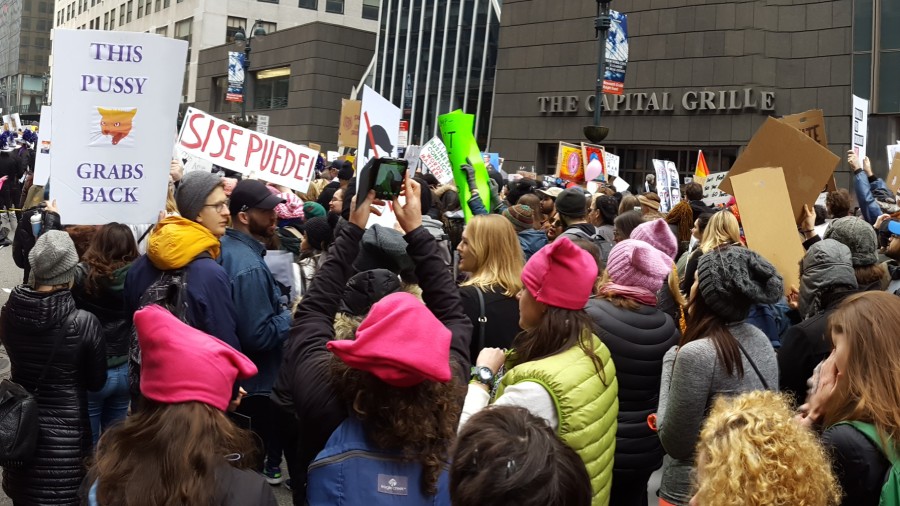 Once there was a man who lived a very bad life. He lied, he cheated, he bullied people. He treated women like they were dirt, insulting them and abusing them. He raised horrible children. He enriched himself at the expense of others, he encouraged and rewarded hate and violence.

On the morning that he died, he found a small spider in his shoe. Instead of crushing the spider, as he usually would, he turned his shoe over and tapped the spider out so that it could crawl away to safety.

After he died, he found himself at the bottom of the well of souls, along with an uncountable number of the unhappy dead. He stood under the only shaft of light looking up at the tiny window of blue sky far, far above and he thought, “I can’t be here. I’m the best guy in the world. I deserve better.”

He called up and said, “Hey, get me out of here. I don’t deserve to be here!”

A voice called back, “Why not? What have you ever done for others?”

And the man called, “What? What have I not done for others? I did things for others all the time. Just ask anyone and they will tell you that I did more for others than any other man that every lived. People all the time, they say, that guy, he did more for others than anyone else in the history of the world… Why — why just this morning, I dumped a spider out of my shoe. And did I kill it? No. No, I set it free. Free so it could live. Free so that it could go on doing whatever the heck it is that spiders do. That’s just the kind of guy I am.”

The voice called back, “That spider is here beside me and he agrees that you did spare his life. And so I will give him the chance to spare yours.”

As the man waited, gazing up, he saw an almost imperceptible line of light descending from above. At first it was just a twinkle that appeared and then winked out, then reappeared. As it grew closer, he realized that it was a tiny thread of silk, a gossamer of spider web, floating down from above. Soon it descended low enough that he could reach up and take hold of it.

He started to climb up that thread, slowly and with great care because it was so delicate. But as he rose higher, he felt a tug from below. He looked down and saw that other lost souls had taken hold of the end of the silk and were starting to pull themselves up the line behind him.

“Get back!” He cried in fear. “Get off! This line isn’t strong enough – you’ll break it!” And he kicked with his foot, kicking them off the line so they fell back into the well with cries of despair.

And then he felt himself falling, the line of silk, snapped from above, drifting down with him. And the light from above went out – just like that!

Pema Chodron, the American-born Buddhist nun who writes extensively on living with fear and uncertainty reminds us that our present circumstances were created by our past actions; and the actions we take in this present moment will write the future.

I know you’re scared. I know you’ve been hiding out in your home, afraid of catching the virus, afraid of the anger and the violence that seems to fill the public sphere right now. Perhaps you also look at Washington, at politicians, you don’t think any one of them can make a difference, and you’re afraid that whomever you vote for make things worse for you. Perhaps you are frightened because a job you loved – or at least a job that kept you above water – is gone, and you have lost things that were important to you, and no one seems to understand or care or do anything about it, and you fear that whatever you do won’t make a difference or might make it worse. Perhaps you are afraid that the American Dream is no longer available to you or to your children or your grandchildren and that your vote could put someone in place that will erode what little you have even further. That not everyone agrees with your values and, in fact, that they make choices or live lives that make you fear that you will be asked to live your life the same way. Perhaps you are terrified because you work and work and you see all these people who seem to do nothing surrounded by wealth but you can’t seem to get ahead. Perhaps you’ve seen the photos online and in the news and heard rumors about terrorists who are threatening voters in your district.

Four years ago, I stood on the corner of 42nd Street and 2nd Avenue and watched millions of women, children in tow, wearing pink hats with kitty ears pass me by in protest. I stood on the other side of the barriers, wishing I had the courage to join them. To make my voice heard. All I had to do was duck under that barrier; the women who passed me chanting and waving signs, glanced into my eyes and smiled at me, encouraging me. Tears ran down my face as I recognized that I couldn’t take that first step, past the barriers. I felt old. And unworthy. I knew that crowds like that cause panic attacks for me, a clawing feeling that leaves me scrambling for Out, Now, OUT! But mainly, I lacked the courage.

Today, I am working the polls. I am making it possible for others to vote, although I am scared of the virus. I am taking precautions – mask, gloves, hand sanitizer, personal stylus – and I am taking a risk, spending time working next to strangers who may not have been as careful as I am about staying home, staying safe; coming into contact with thousands of people who may believe different things that I do.

I make this choice because the actions I take today will write my future, and the future of everyone whom my life touches.