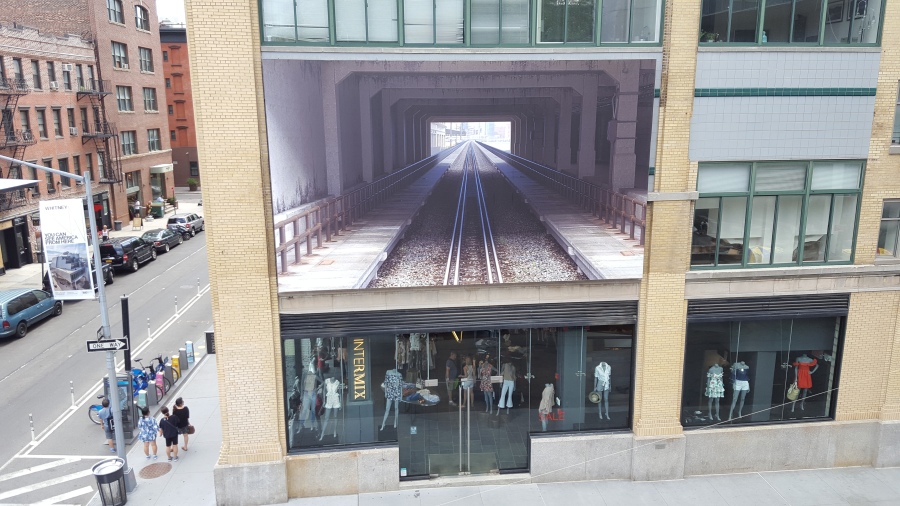 Two monks were walking along the road. They had taken a daylight vow of silence and a continuous vow of chastity that prevented them from even touching a woman. About midday, they reached a muddy river and there, gazing out across the river was a woman in her finest clothing and best shoes. The elder monk bowed to her and, sweeping her into his arms, carried her across the river, set her down, bowed, and continued on his way. The younger monk, who had followed him across the river, scurried after him. When the sun finally went down and they were released from their vow of silence, the younger monk turned to the elder and demanded to know what was up. How could he have touched that woman? The elder monk stared at him in silence for a moment. “Oh! The woman at the river. I put her down hours ago. But you carried her all day.”

I was reminded of this story last week. I had a wonderful massage with a new massage therapist. She thought she knew my name because she saw it on her list but she saw my legal first name, not the slightly unusual nickname that I have always used, and that was the name she used during the session and I didn’t correct her because I’m used to it. But when we finished the massage, my real name came up and she lit up and commented that one of her first childhood friends had shared my name.

I was embarrassed because I couldn’t remember what her name was. I had heard it quickly at the beginning of the session but, in the course of the wonderful massage, I had forgotten it. As I racked my brain, I imagined that she looked familiar. We were about the same age. And one of my first childhood friends had been named Jenny. Wouldn’t it be funny if she were Jenny.

My memories of Jenny are not positive. The one that stands out most is the day that Jenny and Debbie, my two little friends – which as every mother knows to her heartache and every father to his confusion: three little girls cannot be friends. At some point, one of them gets pushed aside, gets pushed out so that the other two can be best friends – my two little friends pushed me out. I remember where we were – standing on the sidewalk beside the pedestrian overpass next to the school. I remember the time of day – early afternoon on a cloudy day. I remember that Debbie was wearing a pale blue blouse and Jenny was wearing a red sweater. It’s all very vivid in my memory.

Memory is a fool. First of all, this memory makes no sense. What would three first graders – even in those innocent days in that remote “safe” area – be doing across a very busy street from our school during lunch, by ourselves. And why would Jenny be wearing a red sweater and Debbie just a thin blue blouse on a rainy day? That doesn’t make sense. Studies show that many of our strongest memories are wrong and this supports that theory. And if I have the details wrong, what did I do with the main storyline?

The main point is, however, that I have been carrying Jenny around with me since then. How often we do that. How often we carry slights from our parents and grandparents, our siblings, our childhood friends, teachers, colleagues, supervisors, that lady who interviewed us for that job that one time — that job we really wanted and didn’t get – and even the guy at the dry cleaners.

We don’t even recognize that we’re still carrying them around. The weight of all those people on our shoulders, on our minds, on our memories. Every night our brains slough unnecessary synapses, purging them through our dreams, freeing up memory space so that we can continue learning and evolving. And yet, we still carry these people around with us.

How does that impact our ability to change?

We view change through the lens of our experience. And our experience is based on our memories. If the memories we carry around with us are memories of the Jennys in our lives, how does that color the change that we’re navigating?

So how do we stop carrying them around with us?

The older monk in the story gives us a hint. He’s so focused on the present, on experiencing the world around him, the ground under his feet, the sound of the birds, the wind on his skin, that he doesn’t even remember the woman he picked up at lunch. Only by focusing on the present can we let go of the past. That way, when we find ourselves in what feel like familiar situations, we have the presence and the awareness to remain in that moment, remain open to what is actually happening, not what we are afraid is happening, or what we “remember” happening, no matter how uncomfortable it makes us feel.

Meditation is practice at this. Practice sitting with discomfort and not getting caught up in our thoughts, not obsessing about whatever it is that is bugging us, letting it come to us – because you can’t stop it, honestly – recognizing that it’s there, and then letting it go. Saying goodbye to all those women we’ve been carrying across rivers despite our vows of chastity.

So goodbye, Jenny, I set you free to be who you really are now.