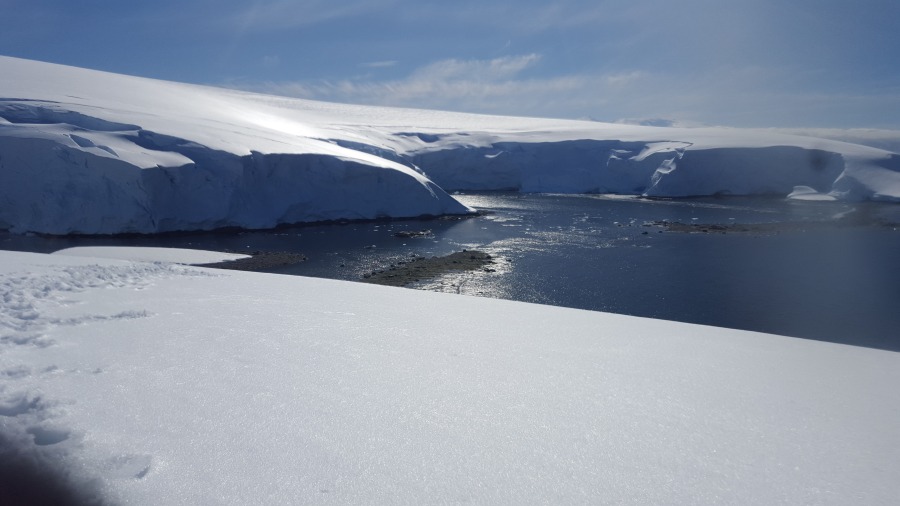 Yesterday, I started a new course in Futures Thinking.

What is Futures Thinking? Futures Thinking is a structured format of noticing current trends, following them forward, and describing possible outcomes at some point in the future, often 10 years out or more. It’s not predictive – saying this is definitely what will happen – it is descriptive. The most obvious place that you can see Futures Thinking in action is in science fiction. It’s also used by the IMF, the World Bank, governmental and other organizations and businesses.

I read once how a group of science fiction writers was pulled in by the nuclear regulatory commission (or some governmental group like that) to help them think forward 1,000 years; they assumed that, by then, our language would have evolved to the point that written warnings about nuclear waste sites would be as unreadable as Maya glyphs. The question this particular exercise wanted to address was: if an archaeologist discovers the nuclear waste site, how do we warn them of the proximity danger? The team quickly discarded typical symbols such as skull and crossbones for obvious reasons – could you imagine Indiana Jones being put off by skull and crossbones? He’d say instead, Holy cow there must be something awesome buried here that they’re trying to protect! (I don’t think the futurists were able to come up with a good solution for this problem, either.)

Anyhow, this particular course (offered on Coursera) is about Life After COVID-19: Get Ready for our Post-Pandemic Future, and it is looking at our future 3-5 years from now. In one of the early videos in this course, Jane McGonigal from the Institute for the Future, describes a “six week forecasting simulation” she ran back with 10,000 people around the globe in 2008. (Doesn’t 2008 feel like a million years ago? Let’s put this in perspective: in 2008, Uber, Netflix, Airbnb, Instagram, and WhatsApp didn’t exist yet.)

In this exercise, which was set in 2019, McGonigal asked participants to simulate living through a global pandemic of a life-threatening respiratory disease. Every day, the participants received new situations and would need to think about how they would react to things like masking and supply chain breakdowns. They were asked to imagine and share the kinds of situations they might find themselves in, the kind of challenges they might face and how they might feel and react. They were even asked to do things like wear masks in public, to identify social and cultural responses to novel situations that might be required.

From this exercise, McGonigal and her team collected data on the “economic, political, social, and emotional ripple effects” of a pandemic that the IFTF could use to guide governments, organizations, and businesses on how to prepare for the future. You heard a lot of inept politicians claim last year that “no one could have predicted this” but McGonigal’s simulation produced a lot of accurate forecasts. So much so that, as the events of 2020 evolved, McGonigal started receiving emails and phone calls from people who had participated in the simulation, telling her that they were applying the lessons they had learned to prepare for Covid and keep themselves safe.

In the video of this course, McGonigal says that participants kept telling her “that ‘pre-feeling’ the future helped them process the anxiety, the overwhelming uncertainty in the sense of helplessness, so they could move rapidly to act and resiliently when the future actually arrived.” From this, she determined that, “The best way to prepare individually and collectively for things that feel unimaginable today is to spend time together deeply imagining a future.”

Which is why I find Futures Thinking so engaging.

Think for a minute about how else this could be helpful: let’s say that you sat down with your siblings and imagined a future where your folks have aged to the point where they need to move to a living situation that is less independent and more interdependent – or even fully dependent. This is a highly likely scenario – everyone grows old, even those who don’t believe it will ever happen to them. At the same time, Baby Boomers are fiercely independent and the experiences of 2020 have made nursing homes, assisted living facilities, what have you, much less attractive.

Like it or not, at some point, your folks are going to be living with you or a sibling, or very nearby where one of you can keep an eye on them. From my experience, I will tell you that this will probably be precipitated unexpectedly and you will need to scramble to get things in place. Ask anyone who has been through this, and they will tell you that they were so unprepared: unprepared for the additional work of caring for an elderly person; unprepared for the stress on their family unit; unprepared for the amount of time it requires to run two households (imagine, two sets of taxes, two stacks of bills); unprepared to be an employer of home health aides or paid caregivers.

It sneaks up fast. My own mother had just finished gut-rehabbing a cottage near my sister and was planning a trip to Machu Picchu when she suddenly had trouble breathing, spent a week in the hospital, and emerged a frail old lady who needed care. Within a year, my sister was managing Mom’s expenses, hiring paid assistants, taking away the car keys, arranging for oxygen, spending a ridiculous amount of time in doctor’s offices and hospitals.

We had a little bit more notice with my in-laws. They had lived independently in a house in Florida since my father-in-law retired in his 60’s. In their late 80’s, they began to experience accidents and medical incidents that resulted in hospitalizations. My husband and his sisters were earning a lot of frequent flier miles – and spending a lot of PTO – flying down to advocate with medical professionals because my father-in-law was too deaf and – it became quickly clear – my mother-in-law cognition had declined too far. Eventually, one of my sisters-in-law bought a house with a granny flat and we moved the folks in with her, an event that required the combined efforts of the three siblings, their spouses and the oldest of their kids, a close cousin, family friends, and paid house stagers and movers.

But no one had considered what would happen after the move and now, three years later, my sister-in-law is facing burnout from juggling a high-profile career, two teenagers, a home, and two elderly parents who don’t seem to understand that working from home means that she is working and can’t always engage with them on their own timeline.

This is where Futures Thinking could come in handy: if you and your siblings sit down and play out what it will look like 10 years from now, what decisions need to be made, you will – like the participants in the 2009 pandemic exercise – feel like you have more control when the uncertain situation finally hits.

Consider this your wake-up call.