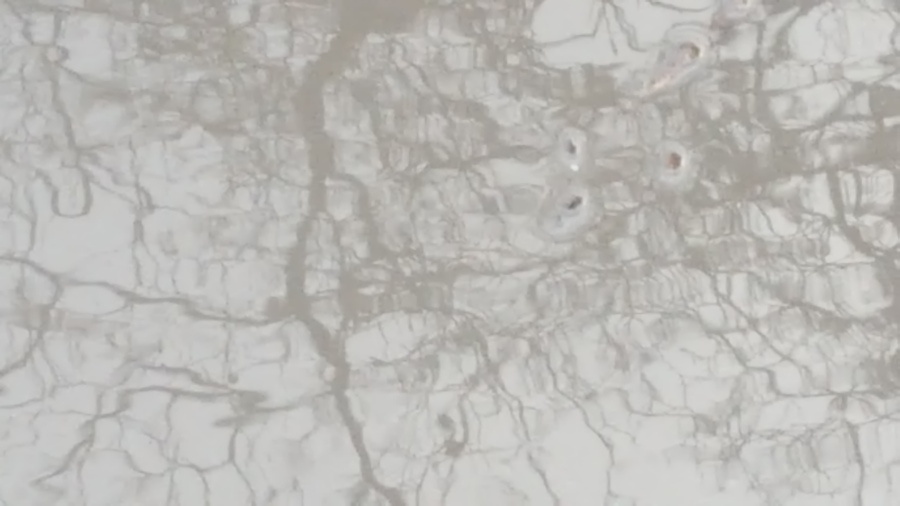 One of the things I have been working on lately is being more kind to myself. I tend to push myself pretty hard and compassion starts at home: if you are unable to be kind toward yourself, you will struggle to be kind to others. Think about that: if you find yourself snapping at others (a sign of burnout) or impatient, then you are possibly feeling overwhelmed and intolerant of your own mistakes, pushing yourself further than you have the capacity to go.

That led me to one my favorite new guided meditations — Kristin Neff’s Loving-Kindness with Self-Compassion — in which you offer yourself the feeling of safety, the feeling of self-compassion, the ability to be kind to yourself, and to accept yourself for who you are. The biggest recognition I’ve gained from this meditation is how often I feel unsafe – not just the unsafety we all feel right now when we venture out into crowded streets, but a psychological unsafety of interacting with other human beings. I feel unsafe talking to my mother – at any moment I could say something she doesn’t like and she’ll start pushing my buttons, evoking feelings of guilt. I feel unsafe talking with my sister, who is suffering caregiver burnout, I have to be careful not to add to her burden. I feel unsafe at work, what if I say something that suddenly reveals to everyone how little I really know. My pre-frontal cortex knows I am a capable, professional woman, with experience and knowledge and skill, who knows WTF she is doing; my amygdala isn’t convinced and hits the panic button any time a pause lasts just a little too long. This is one of the reasons why I blog: because it’s not safe to share what I am feeling inside and what is happening in my life; practicing this one act of bravery is important to me.

Which leads me to this week’s adventure: I got my first Covid vaccination.

It all came together really quickly. My husband burst into my office to tell me that Cuomo was opening shots to my age group on Monday. “You should go online and see if you can register now,” he directed me, as if I would forget if he didn’t remind me, a subtle form of mansplaining that makes me nuts.

But when I went online, suddenly all of the pharmacies that had been accepting first appointments the day before now weren’t accepting appointments any more. Perhaps they had temporarily stopped accepting reservations until after the Monday expansion? He called the hospital he works for and then the insurance company. They couldn’t do anything until Monday actually arrived.

On Monday, I checked again. Nothing available. He checked again and somehow ended up on the phone with the NYC DOH. He handed the phone to me and directed me to talk to the very nice lady who took my information and informed me that reservations were available at the DOH office. She asked what time I’d like. What time was available? Pretty much any time. But I couldn’t get the shot at any of the hospitals, pharmacies, urgent cares that surround my home. I’d have to go to the DOH office which is several miles away. I took an early evening appointment and rearranged my schedule for the next day.

“Maybe I should come with you,” my husband mused. “I’m worried about you taking the subway on your own.” As if his being with me would protect me from the virus (because he’d stop me from licking the poles in the subway car?) or from the crazies who stalk the subway now according to the local news. With the violence against Asians right now, I’d probably be safer without him.

I reassured him I had no intention of taking the subway or the bus. I’d take the ferry and walk from there. He still worried. I’ll ride the upper deck, where it’s open. I said, closed the door to my office and went back to work.

When I got dressed the next morning, I put on jeans – the first time I’ve worn something other than leggings or pajamas since election day – a short-sleeved sweater, and a jacket. I put on full jewelry and socks I could wear with real shoes. I put on perfume. Two masks. I made sure I had the printout of some obscure website I had to bring with me, a bottle of hand sanitizer. I updated the ferry ticketing app. I left in plenty of time.

I exited the building and discovered it was raining. I had put on a light rain-jacket but I didn’t have an umbrella and I didn’t go back for one. Although I’ve lived in NYC for most of my life now, rain is still defined by the rain I knew as a child in the upper left corner of Washington state, where it rained constantly, persistently (except during the glorious month of August when the sun shone from early morning until almost midnight), but almost imperceptibly. You didn’t know it was raining until you came in after a long hike and realized you were damp all through. Hm, I guess it was raining… you’d say, shrugging it off.

New York rain is about as opposite as you can get. It rains with moxie here, and you are wet, soaked through to the skin in under 5 minutes. The streets fill with water and crosswalks disappear under rivers. It is at these times that Manhattan recalls that before the Europeans invaded, it was mostly wetland.

By the time I reached the ferry a few blocks away, I was wet. It was raining too hard to ride on the upper deck but there were only a handful of passengers, so we had plenty of distance and, at every stop, the doors opened wide and fresh air swept through.

From the closest ferry terminal to the DOH building near the courthouse, it’s a little over a 2-mile walk – a nothing distance to a walker like me. I may be out of practice, but my husband and I had done over 5 miles the previous weekend until he decided Central Park was too crowded to be safe and we turned back to home.

2 miles in March rain, however… By the time I got to the DOH, I was drenched full through. When I pulled the sheet I had carefully printed out from my pocket, I had to peel it open, it was so wet. I ran the rubric to get the vaccine – nothing really; the “line” at it’s longest was 2-people deep in front of me – and then waited 30 minutes afterwards while they made sure I didn’t have a bad reaction. 30 minutes. In wet jeans and a wet sweater with wet hair.

When I left, I made a b-line for the ferry. I would walk quickly, I would take shortcuts, I would build up warmth by activity. In the 45 minutes that I was in the building, the sidewalks had flooded. When I stepped onto the curb of Foley Square, my foot sunk into a depression in the sidewalk – I probably wouldn’t have even noticed it on a sunny day – and the water splashed up and flooded into my boot. That scene from Inside Out flashed into my mind, the one where Joy asks Sadness what some of her favorite memories are. Sadness mentions rain and Joy flashes to a memory of splashing in puddles with abandon; Sadness counters with a memory of shivering at a bus-stop, boots filled to the brim with water, feeling sorry for herself.

No! I would not feel sorry for myself; I would be joyous and brave and make it home in record time. I could handle this!

On the way back to the ferry, I sang to myself softly – there was no one to hear me – and recited Shel Silverstein’s poetry. By the time I made it to the ferry terminal, I was on the verge of hypothermia. My fingers were wrinkled and I was shivering. But I had a new mission: I had passed a restaurant (closed) with an advertisement for a mashed potato bowl. A nice hot bowl of mashed potatoes sounded really good: mashed potatoes with cheese, comfort food that I hadn’t allowed myself in years. I’d celebrate my vaccine with mashed potatoes. I didn’t have any of the ingredients at home but I could stop at the corner grocery and pick them up. So that’s what I did.

When I entered the apartment I recognized how exhausted I was. I handed over the groceries to my husband, who had been curled up cozily on the couch, asked him to make the potatoes, peeled off my wet clothes, temporarily parking them on hangers so they wouldn’t get anything else wet, and jumped in the shower. A nice, hot, steaming shower. Ah! I was so cold that the hot water felt icy against my skin. Eventually I thawed out enough to realize that the shower water wasn’t hot – I had forgotten that the mixer is broken and only produces hot water before 7 a.m. I escaped, still shivering, and dove into flannel pajamas, fleece socks, and a heavy bathrobe. I pulled the hood up over my head, collapsed on the chaise of doom (so-called because it induces deep sleep within moments of occupation) under two thick throw blankets. I ate warm mashed potatoes, too tired to appreciate them. I drank hot tea with lots of sugar. I dozed through figure skating. And then I had enough energy to go to bed.

The next day I was sore and tired. I had pushed myself too hard in the cold rain, in boots that, while comfortable, are not walking shoes. Shivering wears out the muscles. I slept in, I skipped morning meditation and the work I do for myself before my paid work begins at 9 am.

One of the risks of WFH is that you tell yourself, when you feel under the weather, that you can handle it. I started to tell myself that.

And then I thought about being kind to myself.

It is not easy to be kind to yourself when you are out of practice.