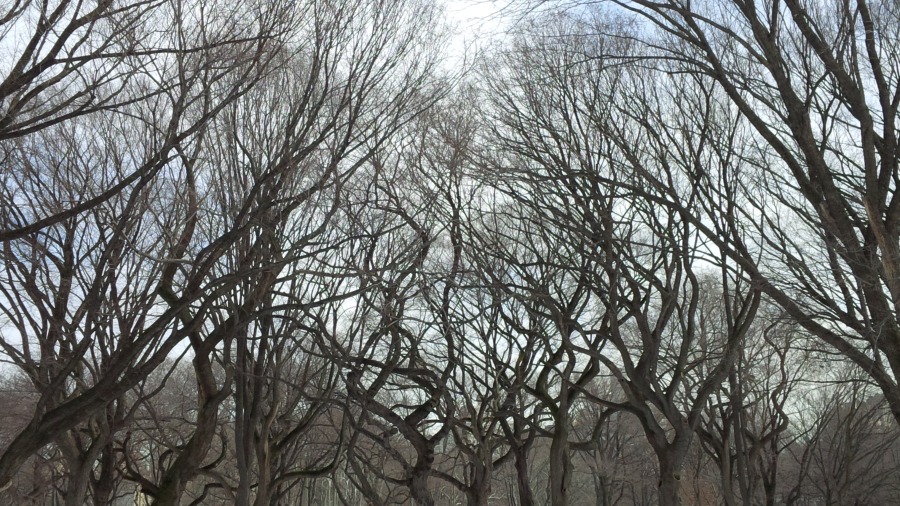 I woke up this morning with a dream hangover – you know, where you dream something that seems so real and you wake up and it stays with you, hovers over your head even as you roll out of bed. The dream was strange, odd; but as I woke up it faded and was replaced by a memory of a walk on the beach that I took with my niece and nephew when they were young.

The year was 2013 – which means my niece and nephew were very young; in fact, my niece was probably between first and second grade and my nephew in kindergarten. At the time, I had a very regimented morning: I rose at 5 a.m., meditated, did yoga for an hour, then walked for an hour on weekdays and 3-4 hours on weekends or vacations. This was easier to do when I was home than when I was on vacation, but I had made up my mind that I would do this while visiting my mother that summer, because she always stressed me out and this was my way of keeping control.

At the time she was living in the pacific northwest, on the side of a mountain that sloped quickly down to the shore. She lived up the mountain, deep in the forest; between her house and the bay was the interurban – an old trolley path that had been converted into a walking path – a state road, and a maze of roads and houses that actually had views of the water but couldn’t see each other.

That morning, I woke up early, meditated, did yoga, and was just preparing to set out when the kids came upstairs and said they wanted to join me. Did they really want to join me? I asked. We’d be walking a long way. Yes, they wanted to join me. And no, they didn’t want anything more than a glass of OJ before we left. My mom, who had heard us and drank a cup of coffee while we were preparing to go, agreed to let my sister know where we were when she woke up.

We took the dogs because, although I walk alone when I’m at home in NYC, where it was safe at the time (although, now, with the Covid craziness, I’m a little more cautious), the pacific northwest is serial killer country – at least one of them had struck within 5 miles of my mother’s house – and I’m not stupid. They were big dogs and unhappy with strangers.

So we set out. In the forest, and along the interurban, it was cool and quiet. The air smells differently at that hour of the morning. We warmed up as we walked; the pacific northwest being what it was, we met a number of people on the trail even at that hour. I felt safe and comfortable, confident in my way. So, of course, I missed the turnoff to the park where I had intended to go. Eventually the path sloped down to a parking lot along the road that I recognized as the last chance to cut across to the beach, so we crossed the road there, and cut through the forest on an informal path – not maintained by the park service but allowed to exist – that twisted through blackberry bushes and scrambled over puddles. It was muddy and the branches swept across the path, but we eventually made it through to the scramble down to the beach, me, my two young charges, and the two big dogs.

It was warmer on the beach because the sun could reach there. And it was glorious – the rocks were covered in starfish, orange, purple, red, enormous. We scrambled along the rocks headed back towards the main part of the park – the part with lawns and picnic tables and the bandshell – and I realized how far extra we had come (at least a mile). The kids were entranced: starfish, shells, and we even saw a sea star, enormous as a hubcap and beautiful and alien. The closer we got to the park, the higher and steeper the cliffs grew.

Finally we reached the final inlet before the park itself – I could see the rocks that jutted out into the water that I remembered being part of the park – and there we reached an impasse. The tide must have been in because the beach disappeared beneath the waves. We’d have to climb around a cliff face – not far, maybe 20 feet – but it was hand and foot work. I knew I could do it – could remember having done it maybe 30 years before – but I had two small children with me, who could probably do it; and two dogs who could definitely not do it. The family labrador from my childhood would have dove in the water and loved it. My mom’s Portuguese water dog took one look at the water and sat down. And, of course, the Vizsla was having none of it.

So we turned around and headed back.

There is always less enthusiasm when you have to backtrack, your mood drops, your energy drops, and it was a long way back down the beach. From my mother’s house to the part of the park with the bandshell was about a mile and we had walked an extra mile to the parking lot; then we had walked back a mile to the cliff that part of the park with the bandshell was just beyond; and then we walked back along the beach for that mile. Add half a mile each way, scrambling back through the blackberries – and, after the sunny beach, cold under the trees – so call it five miles. By the time we reached the parking lot along the interurban, the kids were exhausted and shivering. I called back to the house for reinforcements and my brother in law drove down to pick us up.

“We were wondering where you were,” my sister commented mildly when we came into the house. This was pretty amazingly pacific, for her. She protects her children ferociously and must have been frantic when she woke up and they weren’t there.

“Didn’t mom tell you?” I asked, consumed with guilt. When my sister had asked my mom where the kids were, mom had said out with me and the dogs. It was only after an hour had passed that my sister had realized that we weren’t just outside the house, we had gone for a long hike.

The kids, I am happy to say, were fine. They had a big breakfast and a short nap, and were then up and chattering and bragging about starfish, and ready for anything again. They were not scarred by this experience – I doubt if they even remember it, although it sticks out in my mind. And I’m guessing my sister still remembers it.

And I am left wondering what, about my dream that had nothing to do with this, fished this memory out of my roof brain.

Perhaps I have just been inside too much; stuck in the city for too long. Usually, in this period since March, I would have walked in the park or on the highline at least once a week; and I would have left down, gone back to the woods upstate or in the Northwest or somewhere up north in Vermont or Canada.

I would have gotten a nature fix.

I love the city but I have to get out at least four times a year, and with one of those times being someplace in the woods or on the beach, where nature rules and you are a guest, if you are lucky.

I need a nature fix.