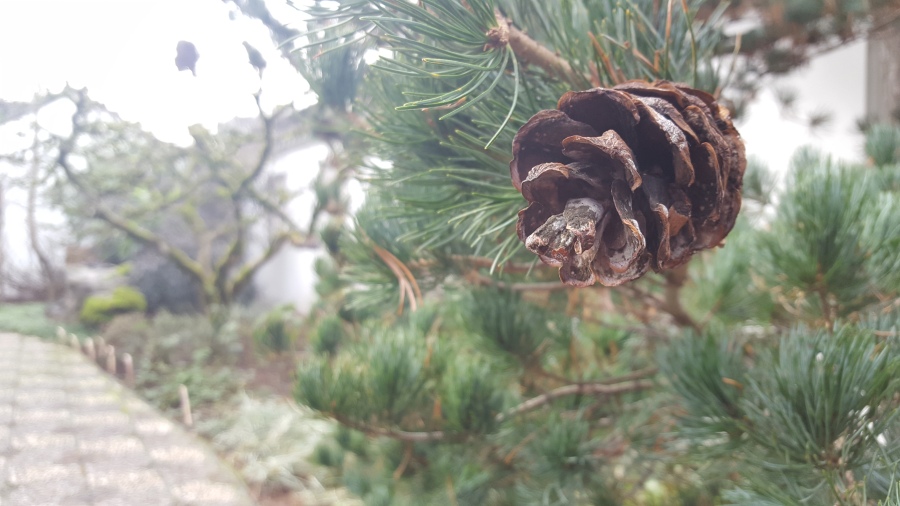 When I was 14, my mother and I were walking through JC Penny’s on our way into the mall when I realized she wasn’t beside me. I looked back and saw her standing at the foot of an elevated mannequin grouping in the ladies department. She stared up at a doll dressed in, what I believe they called at the time a sports suit, a pair of beige corduroy pants and a matching bomber jacket also in beige corduroy (all that beige corduroy, not my thing), and her hand reached up involuntarily to rub a fold of the sleeve of the jacket between her fingers. Then she shook off the moment and was briskly striding through the perfume area, urging me to hurry up.

Later, my father and I were back at that same mall, in the ladies nightwear department, shopping for a green velour robe to give my mother for Christmas. My father gave my mother a velour robe every Christmas, the kind that women of a certain age – his mother’s age – wore around the house to hide that they had a body. I had overheard my mother complaining to one of her cousins that my dad bought two copies of the same robe every year, sent one to his mother and gave one to her, and I knew the robes weren’t a hit. So I dragged my reluctant father out of his comfort zone and led him to the beige corduroy outfit.

“Mom really wants this outfit,” I told him. He asked how I knew and I explained, “I saw it in her eyes.”

He looked at the price tags and turned pale. Yeah, the price was way of his comfort zone. It was probably $100, which was more than a $20 velour robe, but my father’s sense of money has always been a little skewed to the cheap, to put it mildly. I remember we had a long discussion, standing there in Penny’s.

His side of the discussion went like this: “It’s a lot of money and your mother will probably wear it down to the barn to muck hay in and ruin it.”

My side of the discussion went like this: “She probably will. But she really wants it. And the point isn’t what she does with it after you give it to her, it’s what she feels the moment she opens the box.”

I’m pleased to say that, for once in my life, I persuaded my father to spend money that he didn’t want to spend, and my mother’s face when she opened the box was totally worth it: a mixture of disbelief, of surprise, of delight, of wonder – how could he have known? – and of relief.

And my father was totally right: she wore it down to the barn to muck stalls in — and looked awesome doing it.

My point is, and still is, the point of a gift isn’t what the person does with it after receiving it, it’s what they feel the moment they open the box. The fact that my mother wore his gift to the stable wasn’t a sign that she didn’t appreciate the money he had spent on the gift; the horses and the social circle around the horses was her escape from domesticity then, escape from her otherwise social isolation, and it meant a lot to her. So she was wearing it around the people that she wanted to think well of her, while she was doing things she loved; which, unfortunately, included shoveling some manure, even when she hadn’t planned to. She kept that beige corduroy outfit for years, long after the velour robes were gone.

When I was in my early 20’s, living in a tiny apartment in the most sophisticated city in the world, working in a job with an upward professional track (as the recruiters like to say), I opened a Christmas gift that my future father-in-law had clearly put much thought into: a huge, soft, white teddy bear. He wasn’t there to see my reaction, which was mixed.

“How sweet,” I said with a fake smile.

Part of me recognized it as a sign that he had finally accepted me into the family. Part of me was appalled: in my tiny apartment, where would I put this enormous bear? And what would the giant teddy bear sitting on my bed – for there would be no other place to put it – say to, for example, my boss if I invited her and her husband to my house for a dinner party about my professionalism and maturity? And what did it say about how my father-in-law perceived me, an oldest child who had always been expected to act grown up, but was dating his youngest child, the boy prince who at the time was struggling to meet his parent’s expectations for what a successful grown up looked like.

“I wonder who I can give this to,” I thought, and then realized I had said it aloud and that my future sister in law had heard me. Awkward.

I actually found the bear a great home with a 3-year old who was almost the same size as the bear, and who had been having trouble sleeping owing to domestic abuse followed by divorce and a cross-country move to a city where everything was different and her beloved grandmother and aunts and everything she had ever known were days away. Her mother told me the child slept with her arms around that bear every night – a deep, untroubled sleep – so clearly it had found a home where it was loved far more than I could have ever loved it.

Choosing the right gift for people is important to me. I spend a great deal of time and thought and effort selecting individual gifts for people, based on what I’ve heard them say or what I’ve noticed about them. I like my gifts to be wrapped and enticing under the tree. And I take delight in an expression of gratitude and appreciation – and hopefully, delight – when they open my presents. I’d like to think that they like them and I imagine them cherishing the gifts, enjoying them over time, appreciating them.

Life is too short to hold onto such attachments.

I believe it is in Natalie Goldberg’s Writing Down the Bones, where she tells the story of being too attached to her writing to send it out (something I sympathize with). So she set up a table and chair on a corner one day, with a pen and tiny slips of paper, and sold poems for a penny a poem or something ridiculous like that. Something about the act of giving away her precious words – the beautiful combinations of imagery and sound, the way her script whipped across the page – freed her up from her attachment to her work.

We’ve all gotten far too hung up on how many gifts we give or receive – as if more gifts = more love – and of giving the biggest and best gift, the gift that wows them every time.

I’ve written before about my husband’s anxiety of holiday gift-giving, an anxiety that I tolerate better now that I recognize it. When we were younger, this caused him to pick a huge fight with me every year on Christmas Eve, stomp out of the house as if I would never see him again, returning hours later, footsore, with a gift that I adored when I opened it the next morning.

So my gift to you this year is to give you permission to let go a little today. If they love your gift, that’s awesome. If they don’t, that’s okay, too. Sometimes you get it right; sometimes you’re off the mark. (If you have a teenager, you are probably off the mark, that’s part of being the parent of a teenager, you’re always off the mark. Accept it.) But whatever they do with the gift – whether they use it and continue to cherish it the way that you think that they should, or whether they regift it or wear it to the barn – accept the fact that, having given the gift, it is no longer yours, and let go of it. You’ll enjoy life so much more.