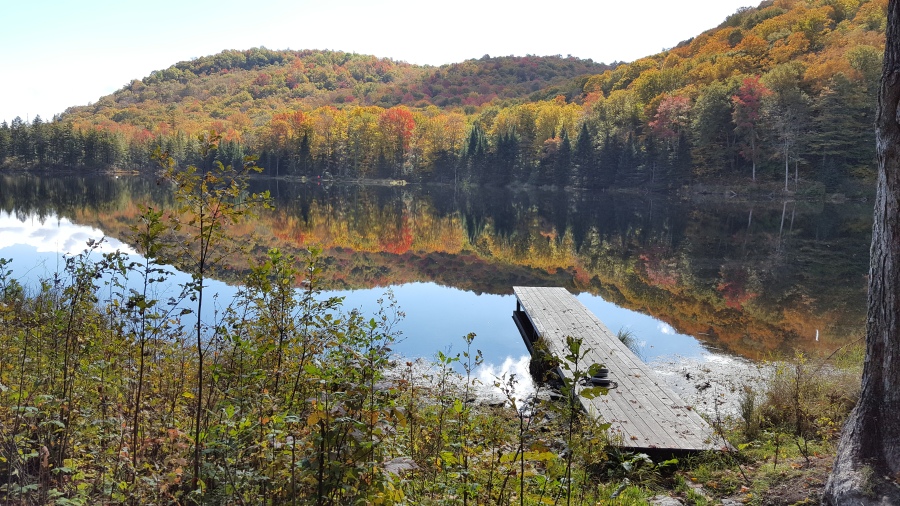 I suspect that a lot of people are feeling this way right now. We’re tired of the sameness; the same drivel on TV and in the news; the slow drip of poison of the elections, ratcheted up to a new level. We’re tired of seeing the same people – as much as we love them – in person; we’re deathly tired of zoom calls.

At the same time, staying disciplined about masking, I have to ask myself: how am I going to scratch this itch for change?

In the past, when I felt like this, I would get my hair cut and buy some new eye makeup. A few dollars for eye makeup was a small price to pay to be able to check off my box for change. But that’s not doing it now.

I remember sitting with friends – all of us change managers, all of us ready for change in our personal lives – in November 2009. The stock market had just tanked and people were running around with their hair on fire. We looked at each other and said, Now the world will wake up; Now there will be change; Now things will get better.

A lot of people experienced negative change from that; lost their homes; lost their jobs; lost their healthcare. Companies constricted. Wages and benefits froze below the C-level. Workers were asked to do more with less. And then the stock market started to improve. Work picked up. CEOs said, well you made it work with less, you can keep making it work with less, and everyone got busier and more stressed out. There were a few half-hearted political forms (well, half-hearted for everyone except Elizabeth Warren), which were quickly reversed as Congress shifted Right.

So we got change, just not the change we were looking for. No one learned any lessons; the root cause was not addressed.

People often claim that the opposite of socialism is democracy. But perhaps the opposite of socialism is capitalism. And I’m not sure that capitalism, the way it is being delivered right now, is working out the way we’d like it to. The guys at the top get richer and the people at the bottom get poorer. And the number of people at the bottom is getting larger.

This is not change I can solve by buying eye shadow.

If I were working in my office, I would solve this itch for change by cleaning my desk or wiping down my white board. Clean sweep. Then, the wide expanse of openness before me, I’d start drawing or putting up sticky notes with ideas and thoughts, network diagrams, dependency charts, mind maps.

For me, one of the restrictions of working from home is that my world is confined to a chair and a screen. There is no expanse for drawing, for thinking big.

Or maybe I just haven’t committed to the fact that I am stuck here for an extended period of time. I still have pictures on the walls that I could replace with a flip chart or with a white board.

It’s partly also that I have kept work and home separate, deliberately. I have an entire wardrobe of work clothes that I don’t wear anywhere else. My mind, when I shop for clothes, judges, “Can I wear this to work?” and then refuses to allow me to spend money on personal clothes. I put the beautiful colors back on the rack and wander over to the navies and blacks. But, to be honest, I probably wouldn’t wear those beautiful colors anywhere; I’d be afraid of spilling something on them, spoiling them.

I fantasize about a house between woods and sea, on a cliff overlooking crashing waves, with a small garden between the wings. High ceilings in the living room, swooping down to bookshelves, a fireplace with cozy seating, a long table. A study, with a big desk where I could write, listening to the waves and smelling the herbs in the garden and the pines that protect the house from the road.

This seems unrealistic, given my husband’s fear of isolated places. He fantasizes, too, of an apartment in Honolulu. Sure, I’ll fantasize about that, too. We can move to Hawaii, but not to Honolulu. It’s a nice place to visit but I don’t want to live there.

This is the restless ocean of change in me. It rises high, crashes, rises again, crashes differently. It’s swamping the esplanade, flooding the streets, taking out the power plant, turning off the lights. It’s filled the tunnels and washed across the bridges. Basements, filled. Foundations, swept away.

Perhaps that’s what my mal de terre is telling me – everything is awash with change: get swept away.