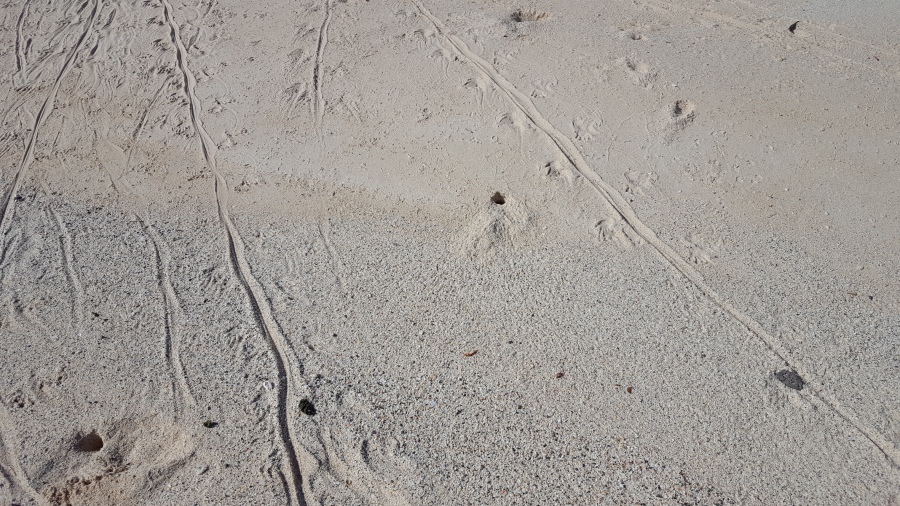 Last night, my husband and I were watching a Nova about the origins of the alphabet. As, at the end of the show, they traced the derivation of letters – “A” from a stylized Ox head, the “u” of the face topped with a wider “u” of horns; morphing into a “v” with a line across the top; then to an upside “v” with the line sliding down to form the crossbar of the “A” – my husband wondered about the leap to cursive. We veered off into a discussion of handwriting, text (printing) vs. script (cursive). I mentioned (again) how I had developed my text style – a point of vanity for me.

When I was in high school, I had a friend who had attended a special elementary school (I’m not sure why it was special – was it a Hebrew school, a school run by left wing radicals, a school run by the education science wing at the university?). Instead of learning to print as the rest of us had been (two solid lines with a dotted line running between, carefully making the top and bottom of our squarely rigid “A” kiss the top and bottom lines, and the crossbar ride solidly on the dotted middle line), she learned to print calligraphy and had very distinctive lettering for a high school girl. No big fat bubble letters for her, no hearts dotting the letter “i” – her letters sped across the page like a phalanx of Greek soldiers racing into battle, spear tips glistening in the sun. I copied her style carefully and, although my untrained letters never mastered her style, to this day, people admire my handwriting, when I am careful and don’t allow it to devolve into doctor’s scrawl.

Then my husband reminded me that there had been a number of indignant articles a few years ago about the death of cursive. I quickly texted my niece, a sophomore in high school, “Did you learn cursive?”

She texted back right away, to my surprise. “For like a month in first grade, so if I ever want to write anything in cursive, I have to look it up. I don’t know how to do actual cursive Fs so, even my signature, which is supposed to be in cursive, actually isn’t.”

Could she read cursive if someone wrote to her in it? “Probably.”

I asked about her little brother, who turned 13 this year. She replied that he also had a taste of cursive in first grade but he says he can only sometimes read it.

To which my husband replied that we no longer need cryptographers. In the war between boomers and zoomers, the boomers can just write their missives in cursive.

And I suppose the zoomers can just use emoji’s as code because the boomers will never get it. Heck, even I use emoji’s only as replies or punctuation, to add an emotional nuance to words on a screen that lack subtext. Hey, I know this sounds really aggressive but 😊 see: it’s really only passive-aggressive! But I know other people can text entirely in emojis.

Another niece, who studied Mandarin in high school and became proficient enough to be accepted into an international program and spent last summer in a language-immersion program in China, told us about how her Chinese sister and her friends used emojis to avoid censorship. Mandarin is a language of homonyms, the word for peach, spoken aloud, also has another meaning, and the peach emoji stands in for that other word. (And that word has nothing to do with how the U.S. uses the peach emoji.)

And this is how language began.

I remember seeing samples of handwriting in one of Laura Ingalls Wilder’s books – and I am too lazy to get up now and go flip through them to see which one, a task that would inevitably draw me into reading instead of writing – in a form that I thought was called Copperplate but which, based on a quick Google search, I’m probably remembering wrong. The point being that the style of handwriting there is distinct and peculiar enough to a certain era that, if you saw a sample, you could pick out that era. My grandmother, born in the early 1900’s, learned to write that way in school and I remember that her handwriting kept that discipline to the end, only growing more spider-like as arthritis set in.

And that is how they will remember cursive: a quaint anachronism of an era.

I was reading the other day of a study that looked at children writing by hand vs. children typing on a computer. Different areas of the brain lit up: when the children were handwriting, the creative areas lit up; when typing, the areas that lit up were the areas associated with completing a task. And I think about cursive which was, to me, all about lifting pen from paper as little as possible, to let the words flow out. Printing was fine for filling out forms, but cursive covered the page faster and I almost felt, at the end of a story, like I needed to write “The End” in an explosion, like John Hancock’s flourish of a signature on the Declaration of Independence.