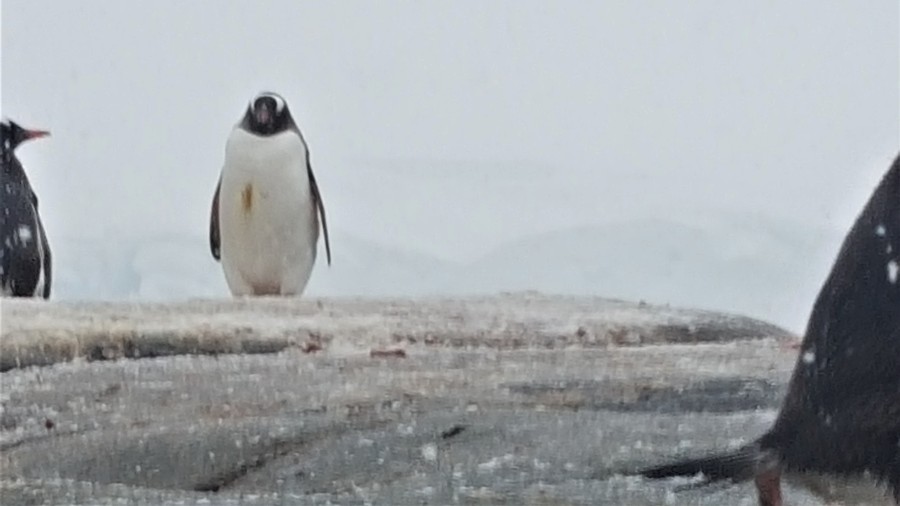 When I was a child, I had trouble learning the difference between my left and my right. This is not uncommon, I am sure. When one of my best friends navigates, I always turn left when she says right, because I know she meant left. Another friend and I get into knock-down, drag-out arguments about whether our apartment building in Midtown is “on the way home” from the Upper West Side for our friend who drove in from Connecticut (for those of you from out of town, the answer is no – Midtown is South from there, and Connecticut is North).

Anyhow, I solved my childhood directional problem when I realized that I had a distinctive freckle on my left hand. That way, if I got confused or forgot, I could just look down and remember. In time the freckle faded, but that was ok. By then I knew my left from my right.

All this was complicated when I took up acting, because that introduced the concepts of stage right and stage left. Don’t ask me to explain stage right/stage left and how they compare to right/left because a) not germane to the story; and b) I still get them wrong. The point is that, with this new wrinkle, instead of having two directions to worry about, I had four. And I just couldn’t get it right.

My secret was revealed one day at a cattle call, one of those auditions like A Chorus Line, where you show up with a hundred other people, perform your monologue, learn a group dance routine on the spot to demonstrate those skills, establish your singing talent, etc. At the end, they line you up across the stage like so many cattle, ask you to turn stage right, stage left, maybe step forward, maybe jump through some other hoop, moo. Then they make their decisions.

This cattle call was for a summer stock program. We did the whole thing. The monologue. Group dancing (a problem for those of us who don’t have an intrinsic sense of right/left). Singing. And finally, the cattle call. They lined the actresses up, shoulder to shoulder, across the entire stage. The stage lights were on, so we couldn’t see into the audience, but in the dark sat about 10 directors who would determine our fate.

“Turn stage right,” a disembodied voice commanded. Everyone turned stage right. Except my stage right was different from everybody else’s.

It was one of those moments where a series of choices flash through your mind in an instant. Should I turn the other direction? I thought I was right but all these other girls couldn’t be wrong, could they? It was already pretty obvious that I didn’t know “stage right” – so if I turned now, it wouldn’t erase my mistake. And at least I stood out from the rest of the girls who looked just like me.

I decided to stick it out.

There I stood, nose to nose with the woman to my left, looking deep into her eyes. The situation amused me and my professional smile became a little more genuine. I tried hard not to laugh. A worried look came into her eyes. She hesitated.

And then she turned around.

I was shocked. A moment later, the woman to her left turned around, too. And then, almost without hesitation, the entire left side of the line rippled as all those women turned around. Now half of us were facing the wrong way.

Think about that. I had influenced all those people to think they were wrong and change their direction.

Because they weren’t wrong – I was wrong. I didn’t know my stage right from my stage left. I knew I was wrong and had decided to tough it out because I thought it made me look better. And they followed me anyway, because I was confident in my decision and it made them doubt reality.

The directors knew I was wrong. The only person who cast me was a visiting director from Russia, who created a role for me in the play he was workshopping. At the time, I thought it was because he felt sorry for me. Having worked with a few Russian directors since then, I wonder now if it was because he wanted to stick it in the eye of this group of American directors who liked their actresses to follow directions.

All those other girls got cast – we were doing a number of shows, including a huge operetta – and they spent the summer dancing and singing and getting covered in whipped cream (for the bedroom farce). I spent the summer mostly running lights and sound, helping with costumes, handing out fliers on State Street in a full “Naughty Nancy”* costume, and using an industrial kitchen mixer to whip gallons of cream. I was 16 and I was working in theatre, I had a ball, and I learned a lot — though I hadn’t planned to spend the summer whipping cream.

From this experience, I learned five important lessons: