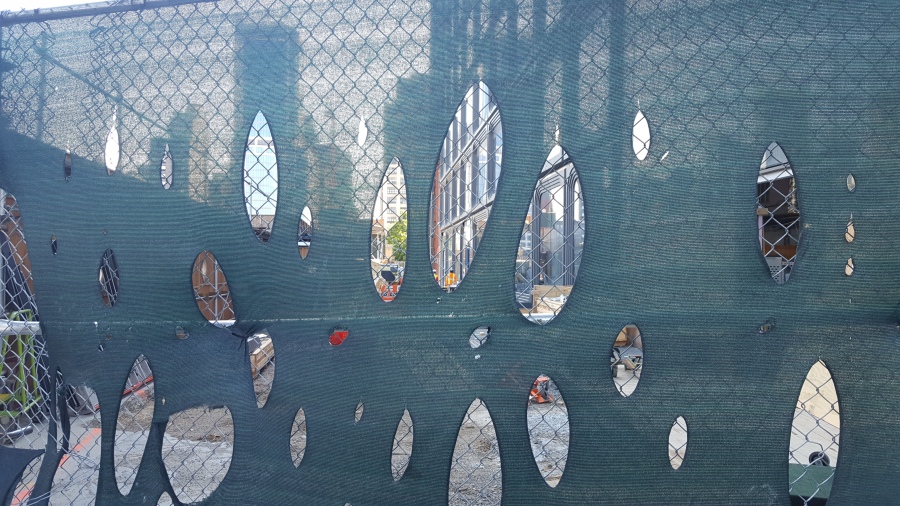 My brain is so full of ideas and things I want to do that it’s hard to meditate.

I’ve been wrassling for a while with the best way to organize all these things.

I have a list of things that I want to get done each day which exceeds the time I am giving myself to do them. That list lives in OneNote.

I have another list of processes (also in OneNote) that I want to update, improvements that will, once I execute them, actually create less work for me on an ongoing basis. Right now, this list is just a parking lot for ideas so I don’t forget them.

I have my Outlook calendar, which is filled with meetings.

I have Jira tickets, assigned to me by others, or responses to me from others that I now need to act on. Or even Jira tickets that I assigned myself to work on, often a long, long time ago.

I have a notebook, where I jot down ideas and random notes during meetings. I try to take meeting notes online – in Jira tickets, if with a client; if internal, in word docs – so I don’t have to transpose written notes after the meeting. But sometimes, I want to record a random thought slightly off-topic that I don’t want to put in the meeting notes. So I record it in the notebook and add it to my OneNote daily or someday list, or open a Jira ticket for someone to take care of it.

Yesterday in a meeting, I was screen-sharing with a client, reviewing design decisions. As we went back and forth, poking into different areas, I noticed things here or there that I wanted to tweak to improve their experience. So I captured them in screen-shots. These screen-shots became another to-do list – actually, turning them into Jira tickets became a check-box on my daily OneNote list, and one that I was luckily able to delegate to someone else. Whew!

I have so many to-do lists, and sometimes things on my daily list move from today’s list to tomorrow’s. Yesterday I moved a whole chunk of important but not urgent things to a list two weeks from now. Sometimes I move things for weeks and weeks before, finally, moving them to my Someday list or – dirty secret – deleting them. (And no one seems to notice that I didn’t do the ones that I delete.)

At some point – maybe on the plane home the next time I visit a client – I’ll organize my Someday list, group things, prioritize them, and probably delete a bunch of things.

When a thought wakes me up in the middle of the night, before I can return to sleep, I have to get out of bed and write it down. (Why do I have to get out of bed to write it down, you ask? Can’t I keep pen and paper, or my phone, on the nightstand instead of in the living room? No, because The Cat will destroy them or hide them or something.) Recently the thoughts have been coming at 4 a.m., which is inconvenient because when I get up to write them down, I notice the blue light flashing on my phone, and I want to see if the India team has any questions about the Jira tickets I assigned because, if so, I want to respond right away so they can fix them before the end of their work-day (before breakfast, Eastern Time).

Many people feel this way – they are trapped by their lists of things they want to do. But this isn’t a new problem. When I was in college, I pulled a monologue out of a book I discovered, Revelations: Diaries of Women. My teacher said it made a terrible monologue – the analogy would be monologuing this blog. But it has stayed with me ever since. The diary excerpt was from a young woman who lived in Russia in the 1700 or 1800’s. She describes her many dreams – she wanted to be an opera singer, a writer, a thought-leader — and the entry ends with her wondering aloud why a picture she had painted had not been chosen for an exhibition. (I think, although I am not certain and my copy has become buried behind other books on my shelves, that an author’s note stated that she had died within a year or two of this entry.) Even then, in simpler times, people had too many wants for the time that they had to act on them.

People tell me that I’m organized. I have to say that I don’t feel organized. Other people call me obsessive – here’s a tip that I probably am: while I was typing this, I realized that I was saying over and over that I needed to do things. Then I realized, I don’t really need to do many of the things that are on my list – I want to do them, often for some internal reason. I want to integrate the user adoption recommendations into the training materials because I think they flow better there. I want to reformat our kick-off process to build a foundation that will support easier project management later in the timeline. I want Jira to be easier for everyone to use because that will allow us to focus on the customer instead of on Jira. I want to stay current on my Jira tickets because it’s only fair to someone that, if you assign them a Jira ticket, and they take action on it, that you mark it Done on a timely basis. I want to build the additional tool that the client wants because I like to say yes to clients where I can.

But are any of these things really necessary?

So who is really putting all these things on my to-do lists that are filling up my day?

From time to time, I fantasize about Covey 4-boxing my lists:

But the truth is, the truly important things I do – building relationships, mentoring, strategizing – don’t go on a list at all.

They just get done.