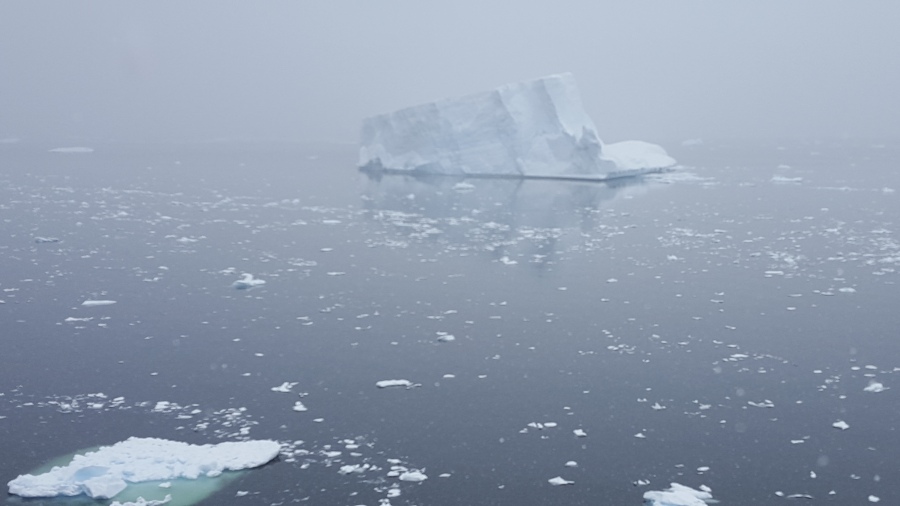 It may seem obvious to say, but the personalities of elderly people sometimes change. I saw it in my grandfathers – one who had been a bastard in life became even more so, until finally even at 12 years old, I could recognize that he was no longer in touch with reality at all, living in his dream of a different time and place. The other grandfather, my childhood idol, became fretful and bullying as he aged, raging against the changes that deprived him of control in his life – the loss of his friends, his farm, his wife who had been the family glue, his driver’s license, his independence, his perception of himself as a leader, as a man, as a person.

When you consider the loss that people feel, the sense of attachment to the life they had when they were younger, it comes as no surprise that some elderly people feel an anger perhaps stemming from a fear of additional loss, from an unrecognized need to mourn the change in their lives.

At the same time, consider the suffering of the people who love them. Their spouses, who sometimes don’t discern the subtle changes that may be happening over time, especially if they are isolated from others. The changes can creep up on you, at first as an accentuation of personality traits that they’ve always had. Perhaps they’ve always been stubborn, a quality that isn’t always bad. But perhaps now they are stubborn a little more often, and even more, until finally they are stubborn all the time about anything, like a child in the terrible twos. Or perhaps they’ve always been thrifty, another admirable quality, but now their thriftiness has become hoarding and you live together in a house filled with useless tchotchkes and garbage.

It creeps up on you. And, if you are a primary caregiver, you may live in isolation with them. Especially if they, sensing an unwanted change that they can’t put their fingers on, the loss of something precious, withdraw from a world that they find increasingly confusing. This withdrawal can suck the primary caregiver in, causing an involuntary withdrawal of their own, and an all-consuming devotion to the care of their spouse or parent, which blinds them to the extent of the change.

The issue becomes exasperated when more change is forced upon them – for my grandfather, the loss of his independence, when it became clear that he couldn’t live alone anymore; for my mother in law, when health problems forced her and her husband to close up their home in Florida and move in with her daughter’s family. Suddenly the safe little world where the fiction that nothing had changed and everything was the same disappears, and the frozen – as Lewin says – becomes unfrozen. It’s as disorienting as balancing on a frozen river as it breaks up, and the fright of falling into a cold blackness that you won’t survive, is real.

And often this is when the full extent of the change becomes clear to the caregiver. Suddenly the fiction they’ve been living with becomes real. Suddenly, the person they’ve loved all these years becomes someone they don’t recognize, someone who has been there all along, but they just didn’t notice had changed over time. All the excuses fall away and they are also left stranded on the cracking ice, peering into the icy dark, wondering how they will survive.

If you’re adjacent to this bubble, an outside observer, the question about how to intervene is confusing. How do you convince someone of the greatest generation, or a baby boomer, to join a support group or engage in talk therapy at their age, when the stigma of mental illness looms over their understanding of these things? How do you help them step outside the bubble, recognize the change for what it is, help them move through the mourning that accompanies a realization of this change, and help them prepare for a new phase of for better and for worse? How do you help them learn the coping skills that they need to deal with their, now clearly unreasonable, enraged spouse, when they are also suffering the loss that can accompany age, a loss of hearing, a bewilderment at the evolving technology that life now requires and all the perils that accompanies that technology?

It is a puzzlement.

In One Hundred Names for Love, Diane Ackerman writes movingly of the experience of navigating the change her husband undergoes after a stroke. It’s a moving memoir, by a very self-aware, interconnected, independent woman, about the changes she and her husband undergo in their life and in their relationship; a journey toward the understanding that he had lost a part of himself that may never return. Her patience and compassion with him, with herself, with the situation, is impressive. The situation may not be analogous – they were younger and the stroke was sudden, and the realizations of loss, as they let go of certain battles that in the beginning they were determined to win, seem – in a very Ackerman way – quieter.

At least quieter than some of the battles I’ve seen around me. The rage of the child caring for a parent who is possibly unreasonable, possibly reasonable within their own frame of reference. As I urge my own mother to exercise regularly and eat a healthy diet, to take her medications, I can’t help but reflect on how I would feel if my young niece or nephew said the same to me, and they could. Look in the mirror and ask yourself if you really need to do those things, why you’re not doing them, and how you would feel if someone told you to. And then wonder whether my mother’s resistance is a sign of elderly decline, or just the justified rage of an independent adult being preached at by their children, who don’t take care of themselves either.

It is a puzzlement.

One thought on “The Loss of Who We Are”