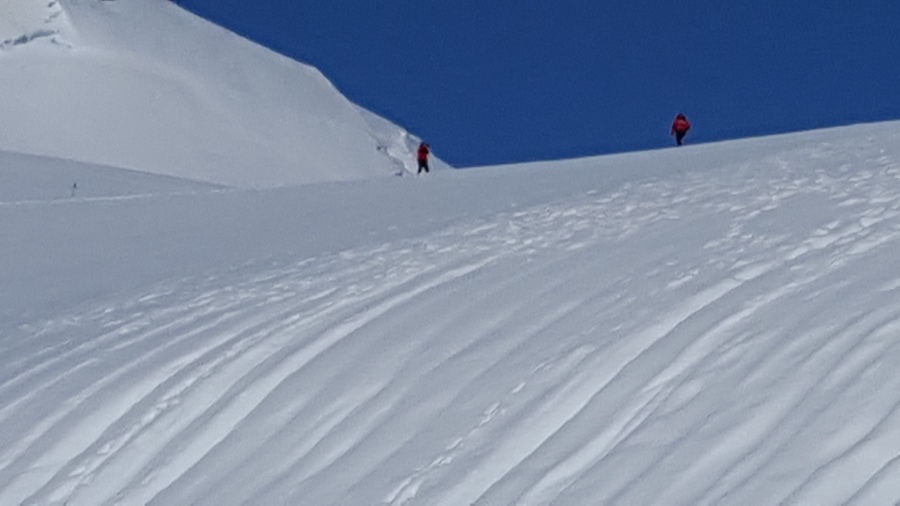 I sometimes forget, while watching the Olympics, and dismissing skaters who fall, how hard it is to get to the level that even the worst of them are at – I can’t even make it around the rink clutching at the wall.

The other night, Tara Lipinski commented that one of the skaters who fell just needed to stop thinking and just use muscle memory.

Later, watching biathlon, the commentator remarked on the number of competitors who were missing their shots. We held our breath as skier after skier slid into the range, shouldered their rifle, and took aim. The first shot hit the target, which turned white. Two whites. Three whites. Four whites. Pause. Pause. On the last shot, the target turned red – a miss! Next shooter. The wind was high and the men often waited for a gust to pass and then shot red.

As he was shooting the announcer urged almost beneath his breath, “Just don’t wake up.”

When we learn something new, we practice it consciously, biting our tongues in concentration while we run the bunny around the tree and down the hole; or standing in front of a room of people, counting to 20 in our heads, to force ourselves to give them time to answer. But after we have practiced a skill, our mind must step out and let the body do the job, or thinking gets in the way of doing.

I remember when I was a young assistant manager, my store manager said in frustration that she was going to have to let a cashier go. “Why?” I asked in consternation. The woman showed up on time, did her job without losing money, kept the lines moving. Yes, my manager replied, but she’s like a robot; watch her, she doesn’t talk to the customers; it’s unfriendly.

So I watched and yes, she kept her head down and could go an entire transaction without saying anything except the total, which she mumbled. It was obvious she was shy, not unfriendly. She just didn’t know what to say. So I coached her.

“You’ve got the cash register down pat,” I said. “The next step is to begin to interact with the customers more.” She looked at me like a doe in the headlights. “You’re a quick learner,” I assured her, “I’m sure you’ll be great at this once you get the hang of it. Just look at what they’re buying and use that to start your conversation. For example, if they’re buying a children’s book, tell them it looks interesting and ask them what they liked about it.” She gulped and looked doubtful but promised to try.

Later that day, I was called to the cashwrap area because the line had backed up. I hopped on a register, cleared the line, then turned to observe my cashier, who was dutifully carrying out my orders to chat with customers. In fact, she was having a very friendly discussion with her customer, which is why the line had backed up, but that was fixable. And she had followed my suggestion and was having a lively discussion with a very embarrassed customer, who clearly didn’t want to discuss what had made him select this particular Anonymous book out of the embarrassingly broad selection that we contemptuously shelved at the end of the Romance section, an editorial comment from the staff on both the bodice-ripper soft-porn classified as Romance and the bodice-ripping harder-porn Anonymous “novels.”

I’d like to say in retrospect that, after the customer left, I praised her for practicing her customer-interaction skills, and gently helped her realize that she needed to employ some discretion to the application of those skills. But I was young and appalled, and I think I just said something like, “You know, you’re a good cashier, you really keep the lines moving. Just focus on that – you don’t need to talk to customers.” I do remember the look of relief on her face.

The managers and store employees always hated being assigned to do Role Playing because it made them feel uncomfortable and silly. (We eventually gamified it with more success.) And I agree that it makes me feel silly to try on new behaviors, to consciously practice an elevator speech or active selling. That’s because it is so conscious. Eventually, I will have said it so many times – as I did at a recent trade show – that it rattles off my tongue and doesn’t feel awkward anymore.

As long as I just don’t wake up.