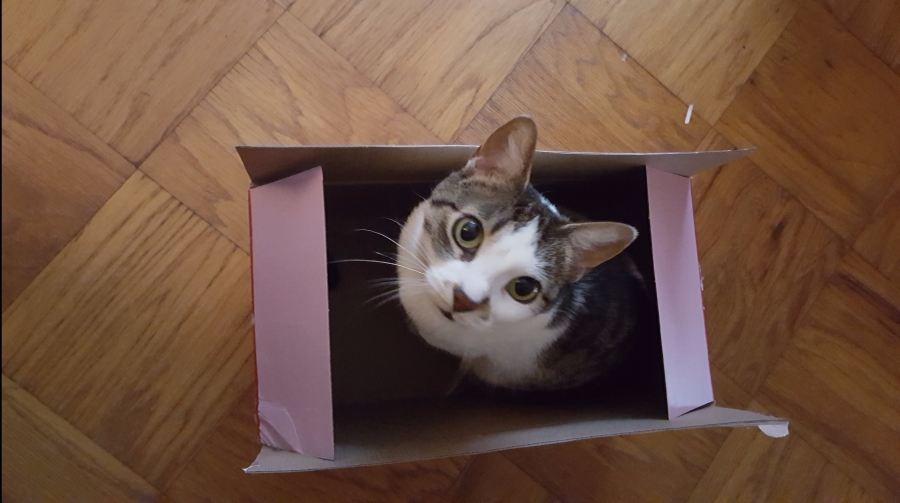 My husband and The Cat play a game and I have seats on the 50-yard line. I witness the game when my calls home from the road sound something like this:

Me: How was your day?

(Sound of The Cat smashing something.)

Me: Did you feed her when you got home from work?

Me: You should feed her.

He: I don’t want to feed her now – it will send the wrong mess—Hey! Get away from there! (Crash.)

I understand his reasoning. My position is, feed The Cat as soon as you come home because if you don’t, you’ll get caught up in something else and forget, and then she’ll have to remind you. And you won’t like her reminders.

Other things in our lives need feeding before they send us painful reminders. The most prominent of these are relationships. There’s an old saying that the time to build a relationship is before you need it; if you wait until you need it, it will be too late.

So who is it important to build relationships with? Employees, certainly. The time to build a relationship with an employee is not when they are dissatisfied, ready to leave. If you wait until then, you’ve lost the battle. All you can do is smile, shake their hand heartily, thank them for their work, and congratulate them on their new job.

Who else? Customers. Postponing customer engagement until the tasks are done is a sure way to put yourself out of business. I remember visiting a Borders not long before they finally pulled the plug. There was no one on the floor, maybe a shadowy cashier behind the register, emerging from under the counter after a customer approached and waited. Finally we caught sight of a bookseller and wandered over to their proximity to see if they would greet us. Instead they darted into a nearby stockroom where I overheard a manager asking if they had completed their tasks for the morning. We were literally the only customers in the store and they couldn’t be bothered to see if we wanted to buy something. What was the point of doing tasks if they weren’t putting paper in the till? Meow, meow, crash!

Colleagues in other departments need attention, too. Relationships with them can make the difference between influencing and banging your head against a wall.

Company leadership? They’re important, too. But focusing on leadership at the sacrifice of peers and employees is a short-term game. A new VP once told me that he only needed to know two people in the company to be successful: his boss and the COO. I wondered how he’d get anything done without the people who made sure that his product would arrive on-time, accurately labeled, planogrammed and staged appropriately, communicated effectively. The answer was that he didn’t. Meow, crash!

A couple of weeks ago I saw a one-woman show called I’m Mindful…of My Anxieties, an autobiographical monologue about a woman with an anxiety disorder. She described her financial journalism career as a race to keep up with her own expectations of perfection and her editor’s expectations of omniscience. As she zipped around the stage, gathering stacks of newspapers to demonstrate her commitment to reviewing every last article so she would always know what was going on in her industry, she wondered how her colleagues were keeping up with the news, how they were writing inciteful articles when they left every day at 5 pm and went out drinking with the people that they were writing about. How did they always seem to know what was happening next, she wondered, redoubling the amount of time she spent reading the competition’s work and double-checking the facts in her articles. Tasks over relationships. Meow.

It can be hard to get started building relationships, especially if you’re an introvert. What do I have to talk to them about? What if they don’t want to talk to me? Why do I have to carry the load?

I’ve always found it easiest to start with the person you want to get to know, their department’s work, their opinions on something that’s happening, their family, their kids, the interactions between your department and theirs. Make a list of questions that you can use to start a conversation, then ask one, listen to the answer — really listen, to the words as well as what’s beneath the words — and piggy-back with a follow-up question that builds on something they said. It will feel slow and painful at first, but you’ll build up speed and ease the more you do it. Is there something that ties in with your work? That can lead the conversation somewhere new. It doesn’t have to be a long conversation; it does need to demonstrate that you want to learn about them, that you care, and it does need to be iterative. A relationship isn’t built in a single conversation.

It’s easy to focus on building a display, clearing your in-box, editing a memo or finishing your budget – there’s a clear goal, a feeling of completion, a certainty to the work. You know when you have finished and whether you’ve done a good job. Human interactions are different, messy, open-ended – sometimes you leave a discussion wondering whether you did that right, especially if it was an important conversation. It takes a certain comfort with vulnerability to put yourself in such situations.

That’s all the more reason to build a structure to support yourself in building your relationships. Because if you keep getting caught up in the work instead, you may not hear the meow that is coming before the crash.