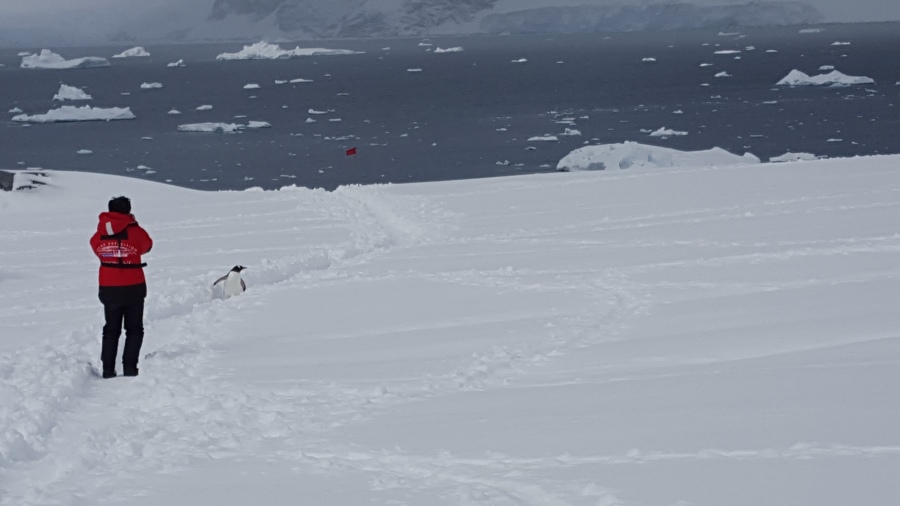 I take pride in tracking down employees that contribute to a great team – a high-performing team that works together to exceed their objectives, blows away expectations for customer service, and feeds the talent pipeline for the rest of the organization. I love it when they succeed individually, together, and when they are happy at work.

Since the Human Resources Department had a lot of other demands on their time and most of my team was entry-level for the home office, I became quite adept at scouting talent from across the country, which gave us a nice diversity of experience and opinion. While I did hire from outside the company when a role required specific skills or experience – and I always liked to look at outside talent for managerial jobs, just to see who was out there – for most positions, I liked to give internal candidates a chance.

Here are some ways to become your own internal recruiter:

As you work with people in other departments, conduct lunch-and-learns or speak to groups of employees, or visit locations in other areas, keep your eyes and ears open. I discovered one employee while visiting a store to evaluate my department’s work on an after-holiday roadmap. Although he was a junior manager in that store, he was responsible for managing the after-holiday set and I could quickly see why. I didn’t have anything open in my department then but the next time a position requiring organizational skills opened up, we snapped up a great candidate. Another time, a kid walked up to me in a store, told me he wanted to work for me, and then told me everything my team had done wrong with the last rollout – a hilarious first impression, but he got the job when it opened up later and turned out to be one of my most productive hires.

Make Your Colleagues Your Allies

On a trip to Denver, I kept hearing the same thing over and over from colleagues: “Have you met Chris yet?  He’s in New York – you should look him up.” One of the local assistant managers had moved and was working in a store in NYC, and had ambitions to move to the home office. Upon returning from the trip, I invited him for an informational interview. When the department grew and needed someone with Christopher’s skills, we already had a connection and voila! Later, I promoted Christopher to manager and he turned out to be one of the best managers I’ve ever met. I’ve also received recommendations from leaders in other departments who had interviewed candidates who didn’t fit their department but were perfect for me.

Look for Opportunities to Tell Your Story

I was so proud of my team, I would talk about what they did and the skills required as I visited stores or introduced our team to store employees at the company learning center. I developed a little elevator pitch about our team’s role in the company, what skills it required, how those skills leveraged experience from the stores, and how we liked to recruit from within. As a result, district managers and store managers often reached out to recommend people who worked for them as possible future team members.

Once HR had posted the official job notice on the board, I sent a human-speak solicitation to the field managers, again emphasizing how the skills of the position related to the work that a manager in their area was already doing. I also reminded them that I had hired successful candidates from across the country and that they should not assume that geographic area was a bar. And I talked about all the great store employees that had received promotions out of our department – as the “crossroads” of the home office, a job in our department gave field employees a chance to learn about other departments and plan a more-specific career path than “work in the home office.”

Although my team’s roles did not qualify for relocation, candidates were so excited to have the opportunity to work for us, that they were willing to move on their own dime. When hiring people from other areas of the country, we conducted a lot of phone interviews.

One of my concerns was always, could the out-of-towner handle life in the big bad NYC? To address this, I ended the “formal” interview with the offhand comment, “Wow, a chance to move to the big city…” If the response was “I know – I can’t wait!” There was a good chance that they’d be ok. If they replied along the lines of, “I’ll have to sell the house, the car, my husband will have to find a new job, we’ll have to look at new schools for the kids…” that told me something else. I wanted candidates that would stay and succeed, not candidates who would be distracted or transfer home again.

I interviewed one young woman for four different roles. Finally, I asked her if she wanted some advice and she accepted. She was in a departmental role in her store and I needed someone with more a more general perspective, which her interviews clearly showed that she didn’t have. I recommended that she make her manager a partner in her development, find out what she would need to demonstrate to qualify for a more general management position, and work on that. Once she had the general management skills and experience, she could come back and see me for an informational interview, even if I didn’t have anything available. I was always happy to give advice like this to potential internal candidates who asked about working in the home office because I knew it would pay off eventually.

At one point, I brought on a team of temps to help with quality assurance for a system implementation. Most of the temps didn’t work out but one demonstrated a great work ethic, terrific communications skills, and natural project management abilities. During the last few months of the project, I worked behind the scenes to create a new supervisory role for another team member which opened up a role for the terrific temp. Not only did an experienced team member get an opportunity to develop new skills, I added another successful member to the team.

Building a bench of great candidates is critical to filling positions quickly so your department can remain productive. Every day that you can shave off an vacant position is a day sooner that things get done, get done at a higher level, and that the rest of the team can focus on their own work instead of taking on extra work to compensate.

What are your secret internal recruiting tips?