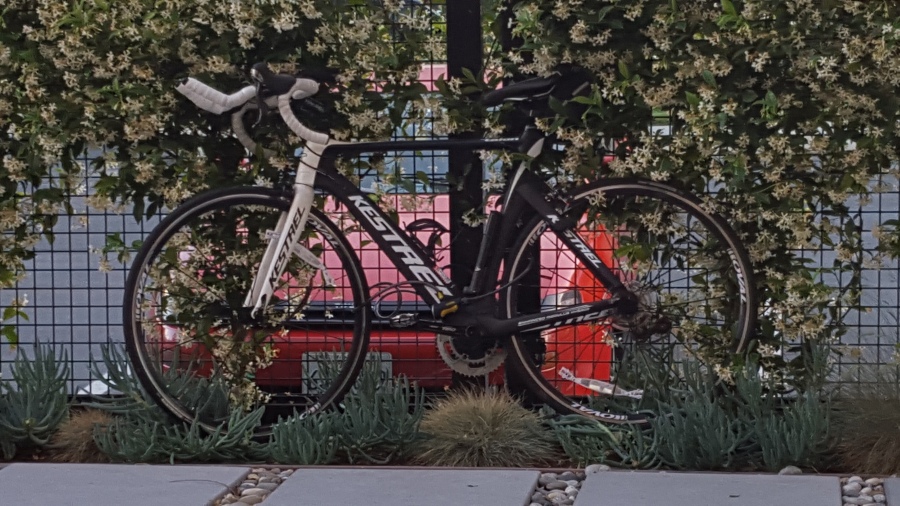 I’ve been watching the Tour de France and, as usual, the first week is crashes galore. Some of these crashes are because it hadn’t rained in Nice, where it started this year, in four months and then it suddenly poured which makes the roads and especially the white paint on the roads as slick as ice, and then add to that a tricky descent on the way to the finish line and… three men out with injuries on Day 1!

But there are always a lot of crashes in the first week. Typically a week of long flat stages with a sprint finish. The 180 racers haven’t tuned in fully yet – it being the first week – don’t have their radar up, haven’t tuned into the collective unconscious yet, haven’t started feeling where the other guys are yet.

And, because they are riding long flat stages in the summer heat, they get bored. Especially if the previous day was a crash-a-palooza, and they get a little sleepy. They get distracted, lose focus, forget to pay attention. One crash this week was a guy who just turned and looked over his shoulder at the wrong time and just, lightly, brushed the back wheel of the guy in front of him, and boom! Down on his ass and other guys running into him. Then there’s the guy who went down on a descent, got back up, got a new bike from his team car and was riding hell for leather downhill to try to catch up with the peloton, zipping in and out of the team cars, drafting off of them (which you will be penalized for doing if they catch you), and smashed – boom – into his own team car. Out with a broken collarbone. Finis.

It’s hard to stay focused for the long haul. You’re slightly relieved you’ve survived the carnage of the previous day. You’re tired and your mind wanders. You have a slight anxiety about the sprint finish which promises to be, as they often are, chaotic. You’re thinking about that instead of paying attention around you and down you go.

I feel a little like that right now. We had the chaos of March, April, May, and part of June where bodies were literally piling up. And the promise of more chaos in November. And it’s hard to stay focused now, keep my head up, stay tuned in to the collective unconscious at work. Every now and then I leave the apartment with a bag of recycling, dump it down the chute, and press the elevator button and then – shoot! – it occurs to me that I’ve completely forgotten to put on my mask. Dash back to the apartment.

This is when accidents happen.

A friend is encouraging me to come over for football. No, I said, if I gave it to you, I’d feel terrible. So it will be separate remote games again, where we sit in our separate apartments with an open Zoom link, drink, stuff ourselves, and shout at the TV. Woo. Hoo.

But you can’t let your guard down on the long, sunny, relatively slow stretches – or you’ll hit the pavement. Hard.

And now is no time to go to an emergency room.