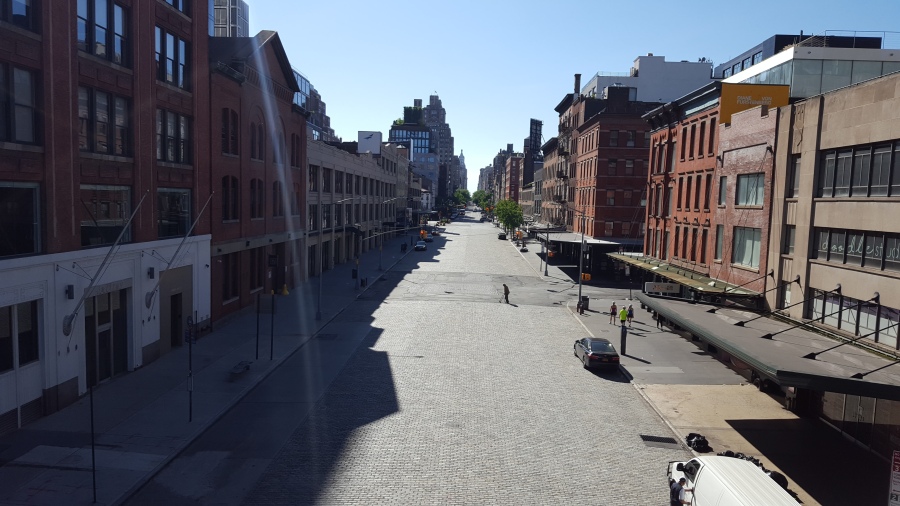 Last night I dreamt that I had forgotten something. Perhaps because last evening, I got together with a good friend, someone whose company I always enjoy, but we always drink just a little too much. I wasn’t reeling (I think) and I remembered to do all the things I had to do before going to bed, like taking a pill and packing my bag for Chi Gong this morning – although when I woke up, I had forgotten that I had done it, and was surprised to find that I had.

But the one thing I forgot to do was to text her to tell her that I had made it home safely, not eaten by tigers or lying in a ditch somewhere (although I don’t think there are any ditches in the 8 blocks between the bar where we paid waaaaaay too much for the ambiance, and my home). So perhaps that’s why I dreamt that I had forgotten something. Because I had.

My dreams have this interesting approach to transition. I’ll be in the middle of, say, fleeing from dinosaurs, when suddenly someone will appear or I’ll suddenly remember, Oh, I have to catch a bus. And then I’m on the bus, hurtling through the streets of London, dinosaurs forgotten, and the dream shifts to why I’m on a bus or why I’m in London, or what I’m supposed to be doing next. Sometimes, I’ll even be aware of it while it’s happening and say to someone nearby, “Hm, a few minutes ago I was fighting alien dinosaurs and now I’m on a bus. Don’t you think that’s odd?” And they’ll shrug. That’s the way life is, they seem to say, one minute you’re fighting alien dinosaurs, the next you’re on a bus. Just go with it.

And that’s what happened in this dream. In scene one, I was busy at work, doing things, shelving books, doing store visits with district managers. Then I was on my way to get something and ended up at a church. My whole family was there, my sisters and cousins were in the ugliest bridesmaids dresses – clearly some bride had taken leave of her senses: full length taffeta gowns in the wrong shade of magenta (is there a right shade, really?) with a kind of swoosh of material from one shoulder to the opposite hip in exactly the wrong shade of green. No one looked good in them and I laughed when I saw them.

God, you look awful, I said. Why did you let her do this to you?

Oh no, no way. I wear my own clothes to weddings, I reminded them. Whose wedding is this anyway?

I peeked in the door and saw the groom by the altar. I had no idea who he was (he looked a little like the main actor in Yesterday).

I don’t know why I’m here, I said. I don’t know these people. Did Mom make us come here? I always hate when she makes me go to celebrations for people I don’t know.

Then the dream shifted, and I was meeting the groom for the first time in a bar, a quiet, daytime, outdoors bar, and he was sitting by himself at table. We were the only ones in there and he looked sad and lonely. I wandered over and introduced myself and he looked at me as if I were crazy.

I said, Hey, I’m not trying to pick you up or anything, you just look like you could use a friend. I’m a good listener.

And he said, with great pain, I was supposed to get married today. But my fiancée got sick.

I’m sorry to hear that, I replied. Was it something serious?

We can’t tell, he said, after a pause. She seems to have lost her memory.

It totally sucked because he seemed like a nice guy and I already liked him. She seemed like a fruitcake – what kind of excuse is that, you forgot to get married? [Side note: I used to have a refrigerator magnet with a woman whose mother was asking, “But what do I say when they ask why you didn’t get married?” and she blithely tosses over her shoulder, “Tell ‘em I forgot.”]

Gradually it came over me, the abstract floating above the scene watching it from outside me, that I was that bride. I had forgotten him, I had broken his heart, I had forgotten our relationship, our wedding, everything about him. Everything else in my life was crystal clear, but I had forgotten the person I loved.

Then I fell in love with him all over again.

And then I woke up and knew I had forgotten to text my friend.

And wondered what else I had forgotten.