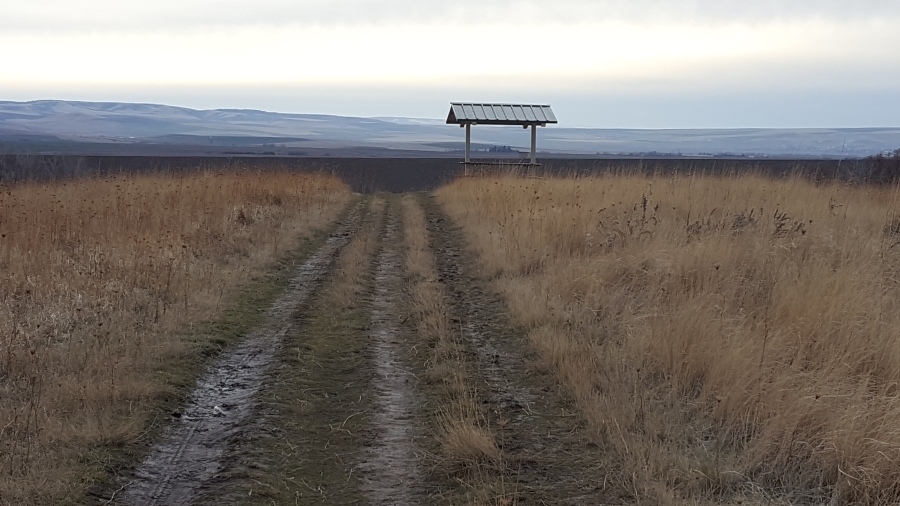 When my husband and I bought our current apartment – the first we purchased together — it was a horrid salmon color. I think the previous owners had it painted when they put it on the market, and the paint job itself was the most beautiful paint job I have ever seen – but the color was not our cup of tea. My apologies to everyone who thinks salmon is beautiful.

On the day we “closed” on the apartment – which in New York consists of a meeting in an office filled with a pile of single-spaced legalese which you must read, sign, and initial; and you writing more checks than you ever imagined writing in your entire life for a total amount of money that might have paid the national debt a century ago; then they finally hand you the keys. Where was I? Oh yes, after going through all that – we received our keys and rushed over to our new home to open a bottle of champagne.

It was a rainy day in July and the sky was that weird green color that New York sky gets when it’s about to thunder. We walked into an empty apartment – nothing left but hooks and some string – and I looked at those orange walls in the green light, and my stomach sank.

“We just made the biggest mistake of our lives,” my husband groaned and I could sense the panic rising.

So I put on my big girl pants, laughed confidently, and told him that it was just the paint in that light, that we’d paint before we’d move in, and we’d love it. I kissed him and popped the cork, and we celebrated our big purchase. Pretty soon it was repainted and we started to move furniture in and, 17 years later, we are still here.

Needless to say, it was not the biggest mistake of our lives. (I can’t say what is.) Sure, it has all the quirks that any NYC home has – mysterious smells (“Do you think the cat is smoking while we’re out?”), annoying noise (a neighbor – we have yet to figure out which one – who plays their music so loud that the dishes jump in their cabinets), and a lack of storage. Buying this apartment was in no way a mistake but it would have been easy to give in to the panic that day and convince ourselves that it was.

I read two articles recently that reminded me that sometimes you just have to pull on your big girl pants and go for it.

The first was an article by an unusually articulate father, who reflected on his life and wondered if he had been a good parent. He described a story where his three-year old son – his first son – approached him one night cuddling the largest rat he has ever seen, and introduces it as his new friend. The rat is unusually fearless in the child’s arms and openly hostile to the parents, leading them to worry about rabies (in which wild animals are surprisingly tolerant around humans, and then unexpectedly violent). The parents finally managed to convince the child to let his new best friend sleep in a wooden box (which they are forced to line with cloth soft enough to satisfy the child) but they can’t get animal control to respond so late at night. They close up the box but the rat escapes that night and now there is no way for them to have it tested for rabies, and they are reluctant to subject their toddler to the (then standard) painful and stressful treatment. They scoured the child’s body for bites or scratches, don’t find any that they think resulted from the rat, and they decide to cautiously wait and see. To his everlasting guilt. (It’s a beautiful essay, to read it, click here.)

Being a parent is a trial of courage at the best of times, as you can tell by the way parents treat their first children vs. how they treat their younger children. And this author’s choice is terrible. Although I was never a parent and cannot speak to that, when I was a child, my beloved cat caught a bat late one night. I got it away from the cat and woke up my mother, who sleepily asked if I had trapped the bat, because they sometimes have rabies and we needed to test it so that we didn’t have to have the cat put to sleep or leave it behind when we moved to a new state the next week. But, by the time I returned to the deck, the bat had departed. I took my cats seriously even then – I should say that I took them especially seriously then. It had been a lonely two years for me on the human side, and I had also lost three of my emotional support cats. The idea of losing this particularly sweet and kind cat (not like some cats, who beat me up, you know who you are) – and possibly in a way that would be painful to that cat and dangerous to my remaining cats – was heartbreaking to me. I watched him carefully and he never showed any symptoms. But it was very stressful. So this story resonated with me.

When you’re a parent, you are asked to pull on your big girl pants every day. Every day, you can be challenged to respond to something you may never have imagined having to deal with. And you just have to remain calm, look the situation in the eye, and make a decision. Most of the time they work out right; sometimes they may not. If you’re lucky, the rat doesn’t escape and your kid doesn’t have rabies. You do what you can and are mostly successful.

The other article I read was in the February issue of Toastmaster (“The Magazine for Communicators & Leaders”), a magazine that I have little use for, though I like my local club. This article – which I can’t link to because it’s a paper magazine, imagine! – was by a man named Manoj Vasudevan. In it, he describes being invited to speak on international television about the use of body language in the first Trump-Un meeting.

“I have seen many experts panic when opportunity knocks,” He says. “Consequently, I have learned to say yes first and then figure out how to deliver.”

He prepared like crazy then, at the last minute, was told that they actually wanted him to take a different approach than he had prepared for. He described his reaction, his sudden panic and feeling of unpreparedness, then comments:

“In situations like this, it is important to trust your instincts, lean on your experience, and use common sense. When somebody has assigned you a task, they trust you can handle it and count on you to do whatever it takes to make it happen. You must trust in yourself and believe you will have the answers.”

I loved this quote: When somebody has assigned you a task, they trust you to handle it and count on you to do whatever it takes to make it happen.

That’s what parents face every day.

That’s what we all face every day.

And all we can do when we’re faced by these situations, is pull on our big girl pants and look them in the eye, and do our best.