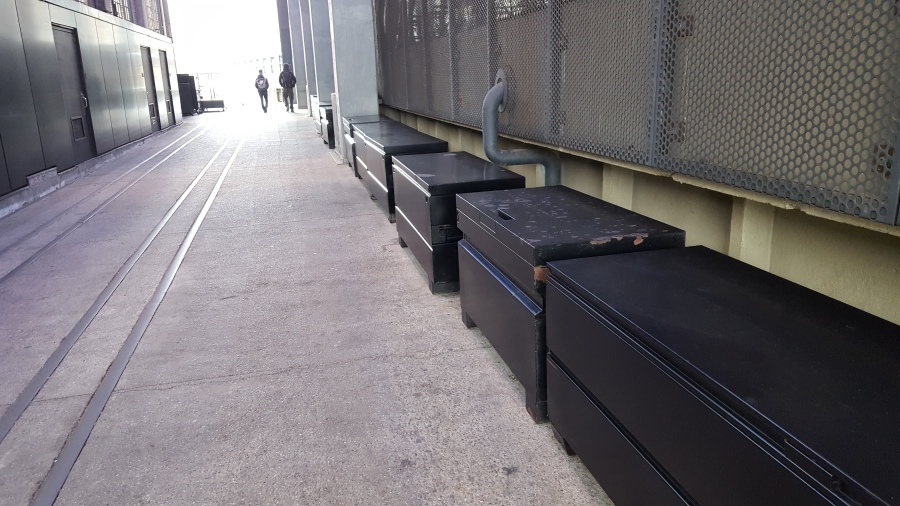 This is how to become a writer in three easy steps:

My father has wanted to become a writer for as long as I can remember. When we lived in the two-story on the shores of Puget Sound, where summer came in those days for one month, and the rest of the year was grey and rainy, when he wasn’t working, he retreated to the loft over the garage to write. I snuck in and curled up under the desk at his feet or sprawled out on the indoor-outdoor carpeting with borrowed 8.5×11 paper and a pencil and wrote while he sat at his desk and highlighted medical articles instead of writing because Vietnam was still too close.

When we moved to Tucson, his desk moved to a corner of the living room, an old door, one end on a file cabinet and the other resting on a bookshelf. Piled high with papers it was the retreat of our black cat when chased by our black dog – she never ran from another dog; the dog never chased other cats. They’d tear about the house from one end to the other then she’d leap and sliiiiiide across the desk, papers sailing high in a mushroom cloud that settled eventually revealing her golden eyes peering out from between the books. The papers weren’t writing, they were medical articles that he needed to publish to complete his specialty in Vascular Surgery, his day job. Medical residents don’t have the leisure to write.

In California, he was busy building a practice and I vaguely remember a desk in a corner of their bedroom but I never remember him sitting at it.

Back in Washington again, there was no room for a desk in our tiny living room and it seemed like he was never home. One summer I filled in while his secretary was on vacation and, owing to a refusal to kowtow to the system by aligning himself with one of the two hospitals in town, he had no patients, none, well only one, who waited patiently in the waiting room as the minutes ticked past her appointment time. I smiled nervously at her and slid down the hall a third time, and said, “Dad, her appointment was seven minutes ago and she’s waiting.” “Just a minute,” he replied, busy at his desk. He was highlighting articles not writing.

It wasn’t until years later, decades later, when he retired that he finally sat down and wrote. He wrote a novel about Kosovo, a place he’s never been as far as I know; a novel too long but too precious to cut, about an assassin who lurked about on the roof of Blair House. He told me once that the Mayor of Kosovo asked for a copy of the book and he told him he could buy it online. Now he’s finally writing about Vietnam. Thank goodness.

So long ago that I was still working in bookstores during the day, I wrote faithfully every night. I returned from work, changed my clothes, sat at the desk in my bedroom, set the alarm, and wrote for two hours every night. Sometimes, if the spirit moved me, I wrote longer. Sometimes I wrote shorter and filled the rest of the two hours by researching magazines, addressing envelopes, and printing out copies of my work. I got published, two or three short stories, two poems. One place I loved to send to was a literary magazine – remember those? – sponsored by a writing class in Utah, because everyone in the class read your work and sent feedback. People read your work! And told you what they liked or didn’t like! So novel (pun) in those pre-internet days. I even received checks for my work, which are here somewhere, probably in the chest where I keep all the notebooks that I jotted down stories in. I tried not to edit too much while I was writing – I tell young writers to finish what you’re writing then you can go back and rewrite; if you reread what you wrote you will inevitably edit and you’ll never finish. Finish first, then edit and rewrite.

When I moved from the bookstores to the office and started writing all day, my personal writing suffered. As a writer, every job I have becomes about writing. Technical writing, which is what I was doing, and editing, for 8-10 hours a day kills your appetite for sitting in front of a computer when you get home and, when you’re mentally exhausted, TV becomes a black hole that sucks you down. Doing the math, I probably spent over 26,000 hours writing at work during those years, and another 13,000 hours editing things that other people wrote. I stopped dreaming – literally, not figuratively, when I slept at night, my dreams which had always been a compelling source of ideas for me, vanished. I’m sure I still dreamed – you kinda go nuts if you don’t – but I woke every morning, not remembering my dreams.

I read once about a writer – Eugene O’Neil? Arthur Miller? – who used to get up every morning, shower, shave, put on a suit, take his briefcase, and descend to the basement of his apartment building where he would remove his suit and carefully hang it up, and sit amongst the boiler pipes and roaches and rats (there are always rats and roaches in a New York basement) in his underwear, at a typewriter, and write for 8 hours. Then he’d rise, don his suit, and ascend to his apartment. Like Stephen King – another disciplined writer – this was his job, which he did every day for eight hours.

And a writer sends out their stuff, they take the risk, they listen to feedback, they read and they adjust.

When I left my job last year, my mind was in shock. I was psychically exhausted, and I couldn’t begin to describe the emotions that I was feeling. I walked a lot. And I took to carrying around a notebook because the stories started coming back, flowing out of me like a river, children’s stories mostly, as a gateway to the emotions that I couldn’t begin to describe in words, I could describe in images, through the eyes of a child. My writing is pretty simple – no one will ever compare me to Jonathan Franzen or Martin Amis or others who aspire to be great writers; I’ll probably never write the Great American Novel (nor do I want to do this).

Next is step 3: to start sending them out.