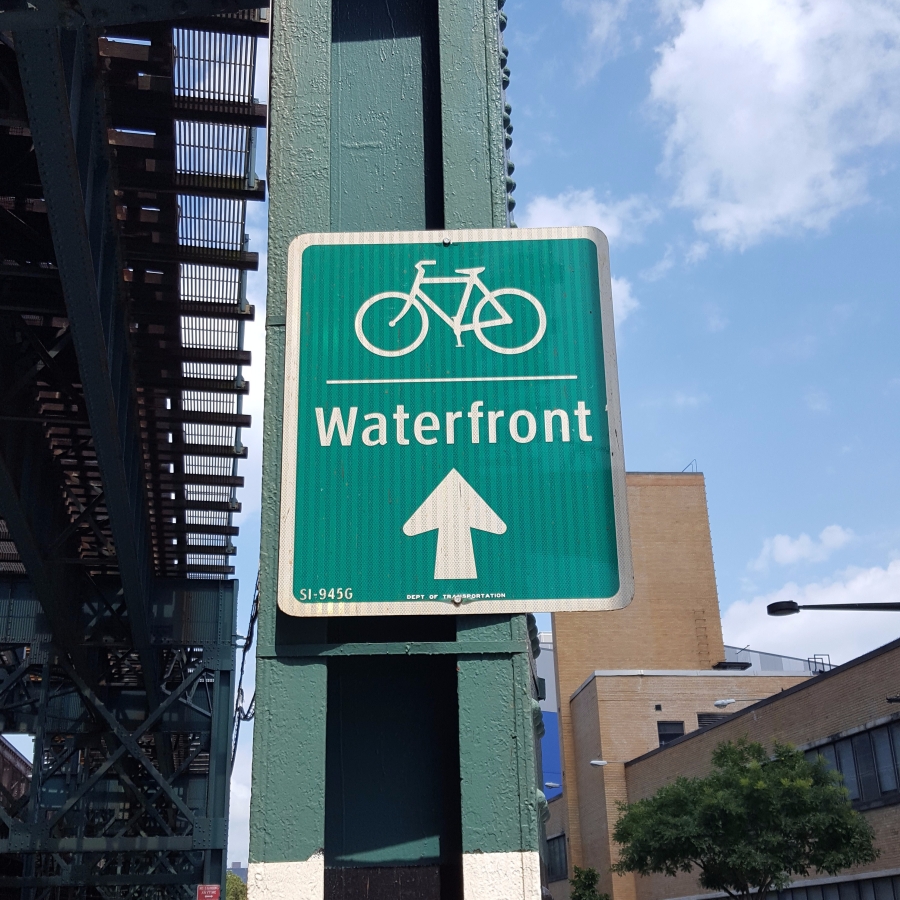 The longest stage of the tour at just over 138 miles, coming out of the alps with two cat 3 climbs before the intermediate sprint, then one more cat 3 and a quick run downhill and across the flats to the finish which includes three 90’ corners in the last half-mile.

Usually this would be a sprinter’s stage but tomorrow is another individual time trial [Hey, TDF, bring back the team time trial – one of the most beautiful races!] and then Sunday is the final stage – and time is running out. The teams who haven’t earned a stage win will want a breakaway to finish without having to mix it up with the sprinters. And it’s Belgian Day today; so those riders will want to win for national pride.

At 108 miles, they break has already passed the first two cat 3 mountains. 20 riders have a 5:22 lead on the peloton, and the lead grows larger with every mile. All the breakaway names that we’ve heard over the last week have joined the break. Sky has no investment in chasing the break down – they just want to keep Froome safe – and they keep the pace just high enough to keep order but not to close the gap. They won’t let the gap go too far, though, because there is one more competition that I haven’t mentioned: the team standings.

To calculate team standings, the officials add the three best overall times of a team’s riders. Sky started this stage in first by about 15 minutes over AG2R – and AG2R has one of their three best men in the break. If the AG2R rider finishes more than 15 minutes ahead of the peloton, then AG2R will move into first in the team standings – and making up that time in the time trial would be challenging. The reporters are saying they asked Sky if they were riding to protect their team standings and Sky said they weren’t going to kill the team to maintain the standings; the reports also asked the AG2R rider in the break if he was riding to take the team prize away from Sky and he said that ship had sailed.

At 78 miles, I think the break must have just gone through the feed zone because they’ve slowed down a little and are patting their pockets like they’re putting away food packs, and the gap has shrunk from almost nine minutes to 8:19 and within another half mile, it’s down to 7:51. [Later: Nope, I don’t think the break had gotten to the feed zone yet – no idea why they were behaving like that.]

It looks like everyone in the break is participating in the work – sometimes you get a man who sits on the back and doesn’t take his turn pulling at the front, either because he’s not up to it or because he wants to conserve his energy for an attack later in the stage. Phil and Paul often dub this guy at the back, “the ticket collector.”

53 miles and De Gendt takes the points on behalf of his sprinter, Andre Greipel, who holds second in the green jersey competition, preventing Boasson Hagen in the break from taking them. Peloton has gone back out to 7:55 (they just showed them going through the feed zone and then eating lunch). As the winds pick up, the smart riders move forward from the back of the group in case the peloton splits in the crosswinds.

The commentators are reporting that Roglic had picked out the stage that he won and trained on the crazy downhill of that stage, riding it again and again until he knew every turn, giving him the confidence to take it at the speeds that he did.

45 miles and Sky has let the break go back out to 8:29. The sky starts to cloud over and the commentators report that lightning strikes on the horizon – if it storms, the wind will definitely become a factor. Also, the finish snakes through twisty town streets and if those streets are wet and it comes down to a sprint – or one of the GC contenders tries to take time out of Froome in the storm – crashes could ensue.

37 miles: a Belgian just jumped off the front of the break; he has a sprinter in the break that could bridge up to him. Also, riders are not expected to work in pursuit of their teammates; so this gives his sprinter a free pass to sit on the back of the group without working and conserve some energy for the upcoming climb. If he stays out in front, he’s got to ride 37 miles by himself up the mountain, in the wind. That’s a lot of work and it’s unlikely he’ll keep it up past the next climb.

Well, no one joined him and he sat up and rejoined the group, which had just kept their pace and hadn’t tried to chase him down. The peloton is at 8:23 and it looks like the break will stay away if the riders in the break don’t start playing games with each other.

Jens Voigt speculates that Froome tries to take time from his competitors in the crosswinds as the peloton approaches the finish. He’s said for days that he’d like to have a cushion going into the time trial in case he has a mechanical problem or a crash – it would be terrible to go through the whole race in yellow then lose it by seconds in the time trial. Technically, there’s another stage on Sunday, but that tends to be a ceremonial stage with riders drinking champagne, taking pictures, and schmoozing until they approach Paris when the sprinters start to organize for the final circuit race and sprint on the Champs Elysees.

Vaughters, Team Director for Cannondale, just spoke on-air about going from diverse objectives of taking stage wins, etc. to a singular focus of going for the GC after Uran did so well in the early stages. He talked about how that objective has impacted their tactics during the stages. For example, they would have put a man in the break today to try for the stage win; instead they have the whole team surrounding Uran on the road in case of a mechanical, and especially a rider who rides the same-sized bike as Uran.

30 miles and the break just started the climb. Riders have accelerated off the front but other riders in the break are dragging the group up to the front. A reporter just spoke to the team director for Lotto, who has a man in the break, and he says that they are holding their attacks until they turn a corner and the wind shifts from a head-wind, which a single attacker would have to battle, to a tail-wind which would nudge a single rider up the road. [Later: the wind was not a factor on the finish after all.] Vaughters also comments how tired all the riders are after riding for three weeks; the commentators all said earlier how the effort catches up with many riders in the last week, just after the rest day. One of the top sprinters, injured a few days ago, abandoned when it became clear that the peloton wouldn’t come back together with the break today.

28 miles and another attack off the front of the break, including the rider from AG2R, and earn a ten-second gap. Gallopin, who had sat off the back looking tired, just jumped out of the group and the break reeled him back. Gallopin lifted the pace enough to reel the leaders back and then fell off the back. The peloton had marked time at 8:45 back but the attacks at the front pushed the gap up over nine minutes.

On the way down, the lead group comes back together – Gallopin still chasing – and the peloton lags by just over nine minutes and just starts the climb as the leaders head towards the flats, and pretty quickly the gap grows to 9:22.

At 15 miles, the break rides chain gang style to keep the speed up and wear each other out. The riders shaking their legs at the end of the group need to keep an eye on things to avoid getting left behind if the group splits. The peloton dangles along 9:38 back and they’re showing team leader, Greipel, back at the team cars, gathering water bottles for his whole team – perhaps a way of thanking them for the work they’ve done for him.

13 miles and the break starts attacking each other, trying to split the group, narrowing the field who will sprint for the finish, and it works! Tony Gallopin – a favorite for the commentators – dangles off the back of the rear split. And the group splits again, now in three pieces. Boasson Hagen – a sprinter and another favorite – rides in the lead group, along with the AG2R rider, two Orica Scott riders, and a Sunweb rider. Sunweb has been on fire this Tour – will they get greedy for another stage win? The first group works together and pushes the pedal to the floor; the second group plays tactical games (you first, no you first) which slows their pace, letting the lead group escape by 30 seconds.

All the attacks at the front has pushed the peloton off to 9:46; so Sky lift the pace – 9:46 eats dramatically into their lead for the team race. If they slack at all, AG2R could take the team lead in tomorrow’s time trial. Despite Sky’s work, by 6.4 miles, they’re 10:05 back!

The leaders let their guard down for a moment, and Boasson Hagen and another sprinter jumped off the front, quickly covered by the AG2R rider. They rejoined again and still work together, but they watch each other from the corners of their eyes.

Chavanel goes off the front of the lead group – with his experience, he knows he can’t compete with the leaders. They bring him back and then another man goes. If they don’t keep working together, their pace will slow and the group behind them – just 48 seconds back – could rejoin. Attack, attack again, and the gap to the following groups increases.

Boasson Hagen puts on the gas and puts a gap between him and the others. If he takes the finish today, he’ll take third from Greipel. Great tactics – he’s a better sprinter than these others and they all expected him to take them on in the sprint and he went on his own instead. Just one man could possibly catch him, he rides on… he rides on… and he almost rides off the road but makes the final turn.

Boasson Hagen finally gets a win! Sunweb in second.

Well, sit back, open a bottle of wine, put your feet up, and wait for the peloton to drift across the line in about ten minutes – er, just over twelve minutes – later.

Polka Dot and Green jerseys are sewn up – all Barguil and Matthews need to do is finish safely on Sunday. Greipel stays in second place in the sprint race but Boasson Hagen moves up within four points of his second place. If Boasson Hagen takes the final sprint in Paris – or Greipel crashes tomorrow – BH moves into the second.

Yellow stays on Froome and the other places stay the same.

White stays on Yates, no difference.

In the team race, AG2R moves within four minutes of Sky. A great time trial tomorrow could move the team prize to AG2R.

Jens Keukeleire earned most aggressive rider today because he started the final attack that launched Boasson Hagen to the finish line seconds ahead of the rest of the break.