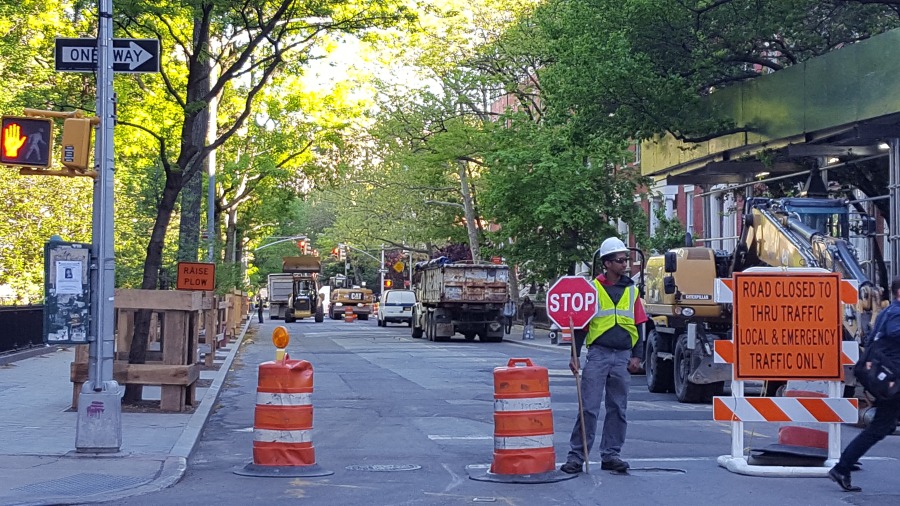 As soon as the snow was off the ground, the race was on in NYC to repave the roads. It seems like every street is torn up. All this roadwork reminds me of a dear friend who is always under construction.

Every time I ask her to lunch, she’s got an excuse: her knees hurt, her back hurts, her man or her family or her job is stressing her out. “Just give me a couple of weeks,” she says each time. “I just need to get my sh*t together. I just need to get my work under control, start meditating, take up yoga, lose weight…[fill in the blank]” Two weeks pass, I call her back, and she says the same thing.

I hear some of you out there saying that I should read the writing on the wall, and maybe I should, but one of the things I love about this friend is her in-your-face directness – and I’m a pretty good judge of people so I’m sure that that if she didn’t want to see me, she’d just tell me.

I’m not blaming her. She does have a lot going on. But it feels like she’s waiting for life to start after she becomes someone she isn’t right now. And life doesn’t work that way – it is what it is right now, and you can’t wait for the stars to align or to become perfect or have a perfect plan for things to happen. And besides, I like her the way is she now – she doesn’t have to become any more perfect for me to enjoy her.

When my husband and I decided to move in together, we both owned apartments and neither was big enough for both of us and two fighting cats. He strongly believed that he would have to fix up his apartment before he could sell it for anything near what he had paid for it. Against his better judgement, he finally showed it to my realtor and she gave him an unbelievable quote that incentivized him to pick up and store enough of his stuff that he could hold for an open house… and it sold in days for full asking price – twice what he had paid. If he had waited to get the real work done, we’d still be living in separate apartments.

So where am I going with this? We all have something that we’re waiting to find – some holy grail that we must have for us to feel ready for whatever comes next. But look – if Parsifal or Indiana Jones had waited to be “ready” to find the holy grail, they would have missed out on a lot of great adventures.

So no more waiting until we become someone else. Let’s accept that life is messy and we’re going to make mistakes, and just move forward.

What have you been waiting for? What step can you take from where you are right now, without getting yourself together?

(p.s. Sweetie, you know who you are. No more waiting for construction to end – call me and let’s eat!)